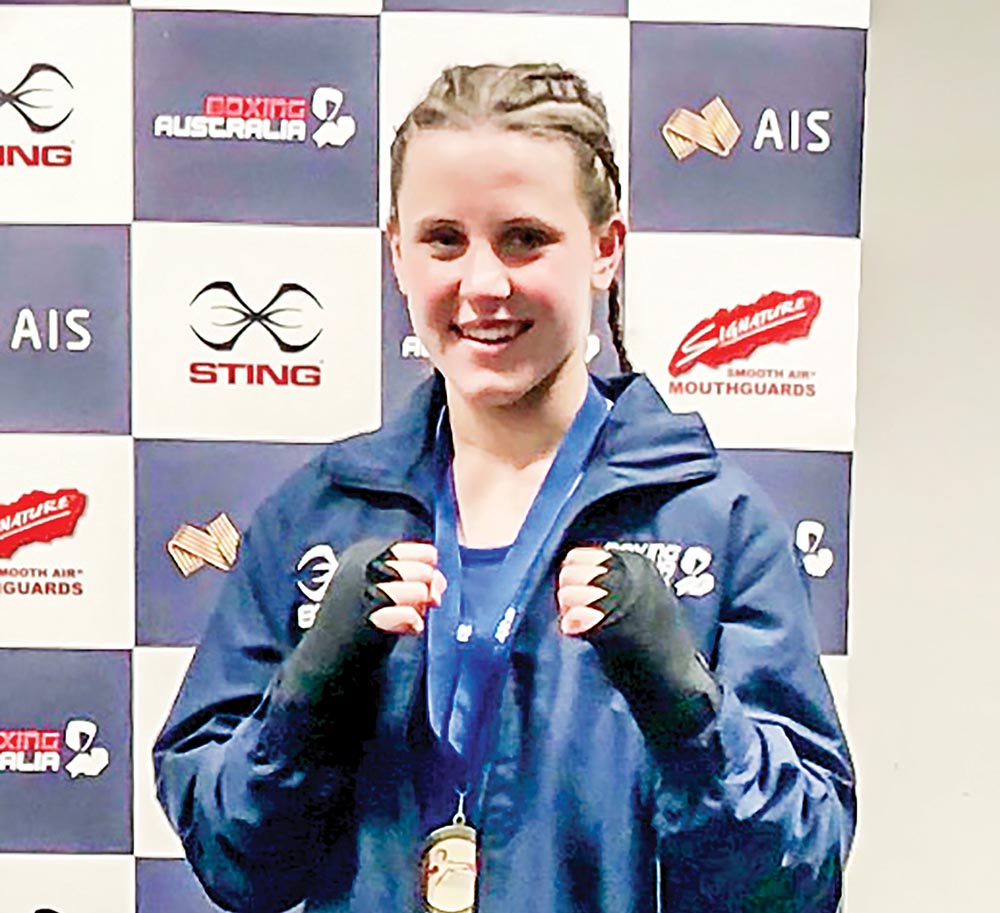 Tyla, 15, took out the junior under-54kgs national championships and was the only female Victorian boxer to claim back-to-back championships at the Australian Underage Titles in Perth. On top of the national crown, Tyla was part of the Junior Girls Team of the Year award, alongside fellow Victorian junior boxers, Dakotah Keane and Millicent Woods.

Peninsula Boxing head coach Marcos Amado said the final was a highly competitive fight and was extremely proud to see Tyla crowned the national champ for a second consecutive year.

“It’s a massive achievement,” he said.

“There are a lot of athletes in Victoria and to accomplish so much at a young age is amazing and she really should be proud of her achievements.”

Amado is currently in Queensland with Commonwealth Games hopeful Jason Whateley and he said witnessing everything in the build up to the Commonwealth Games, “I can 100 per cent see her on the big stage in years to come”.

“I’m sure she’ll reach these goals if that is where she wants to continue heading towards – there’s no doubt in my mind,” Amado said.

Peninsula Boxing’s success is hoping to continue onto the Commonwealth Games this month as Jason Whateley strives for gold in the heavy-weight (91kg) division.

Whateley is likely to bounce into the ring on Friday 6 April with the Commonwealth Games draw to be confirmed on Tuesday 3 April.

Whateley has spent three and a half weeks at America’s Olympic Training Centre in Colorado Springs where he focussed on altitude training and received “quality coaching” and sparred against “quality partners”.

Whateley has four fights standing in his way of a gold medal but said he is feeling really well heading into the Games.

“The preparation has been really good, I’ll probably taper off in the days leading up to the Games but at the moment I’m feeling really sharp,” Whateley said.

“I’ve had a tough preparation camp which has been hard on the body and mind so I’ll have a freshen-up over the last couple of days and hopefully be jumping out of my skin when I enter the ring.”