Rye rises, then crashes down 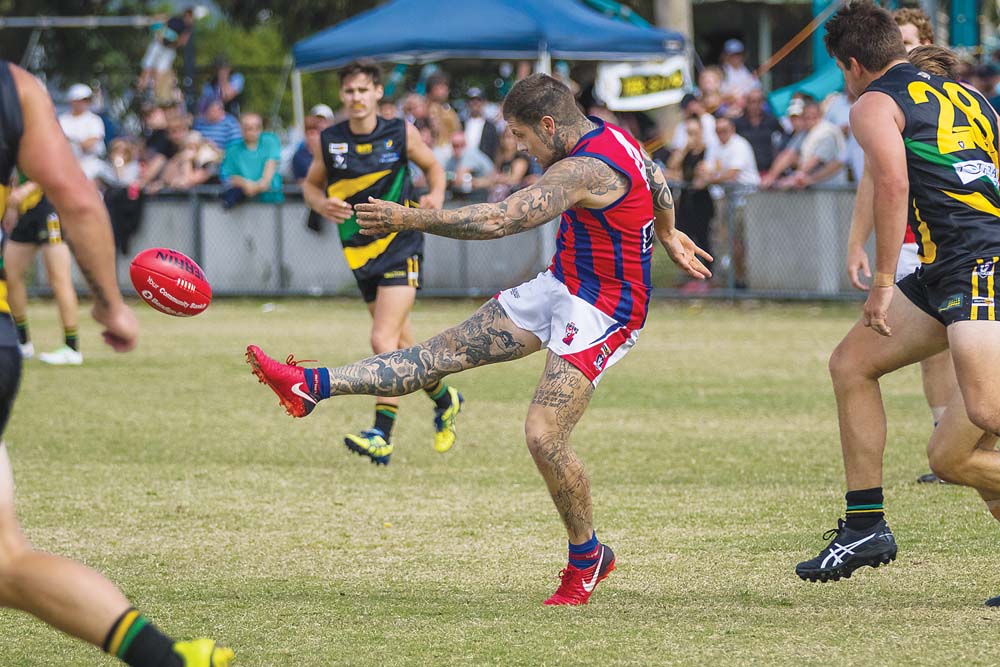 IF the opening quarter was any indication of what was in store for Rye in 2018, fans would have been battling to hold back the grins.

In the only match for the weekend in Division Two, the Demons smashed Dromana in the first quarter 5.5 (35) to 1.1 (7) leaving the Tigers bedazzled.

But Dromana, who had the advantage of being on home turf, were not prepared to tuck their tails and give up, and pushed back hard during the second quarter to be only 11 points down at the long break.

The battle continued in the third quarter with Dromana pulling level by the end at 65 points apiece.

It was a different game in the final quarter as Dromana put the foot to the floor kicking six goals and five minors to three straight goals by Rye.

It was a great comback by Dromana and was in no small part because of their strong goal-kickers.

Ben Holmes kicked five and Ethan Johnstone kicked four for the Tigers,. In total they had eight goal-kickers.