Win for off-leash dogs at McCrae 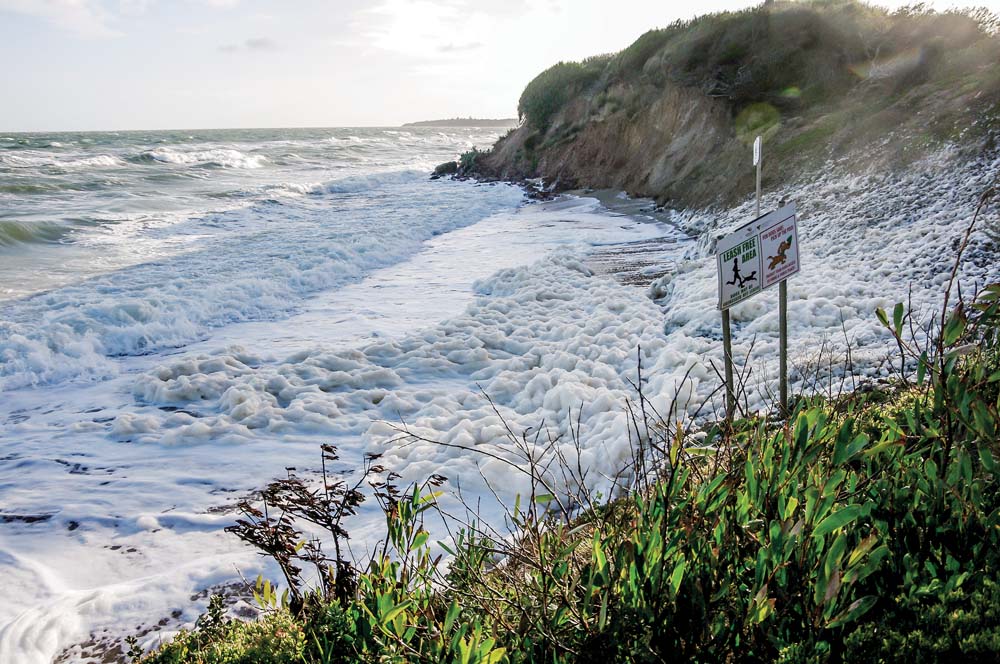 Misleading signs: Despite a sign declaring it a leash-free area, Mornington Peninsula Shire says this beach at Mt Martha North has never been a leash-free area for dogs. A sign on the access track says dogs are allowed on the beach before 9am and after 7pm during daylight saving, but a sign put up by rangers a couple of weeks ago said dogs were prohibited.
Share
Facebook Twitter LinkedIn Pinterest Email

DOG owners will soon be able to legally let their dogs off the leash during winter on a 300 metre strip of beach at McCrae.

Mornington Peninsula Shire last agreed to loosen restrictions at the beach outside of the daylight savings time.

However, dogs will not be allowed on the beach 9am-7pm during daylight saving.

The council has also been told that more research is needed into whether the 300 metre leash-free strip of beach should be extended by 350 metres.

Notice of the changes at McCrae will be published in the Government Gazette and community newspapers.

Meanwhile, the shire has not responded to several requests from The News for comment on the leash-free status of Mt Martha Beach North.

A sign at the top of an access track off the Esplanade between Helena and Augusta streets says dogs are allowed on the beach outside of daylight savings time.

The beach, less than 100 metres in length, has been visited more than 40 times by shire rangers since October.

Although no one has been fined, dog owners have been told to get their pets off the beach.

However, photographs taken over a period of three years clearly show a sign proclaiming the beach as being leash-free.

It appears the sign was not replaced when a rock revetment wall was installed a couple of years ago.

Work is expected to begin this month on another rock wall behind bathing boxes to the south of the beach.

The boxes have been battered by storms and several have been demolished over summer.

The changes to leash-free times at McCrae followed a 442-signature petition asking that restrictions be removed and brought into line with those at nearby Rosebud.

Environment protection manager John Rankine told councillors in July 2017 that dog ownership in the shire was higher than the national average and a review of leash-free areas was part of the 2017-2021 domestic animal management plan.

In answer to a question from Ron Moore, Mr Rankine said he had been unable to find any records to “unearth the reasons” for winter restrictions McCrae beach (“Dog owners seek their last winter of discontent” The News 1.8.17).

“At that time 10 years ago, there was some controversy around the leash-free conditions. We know that the council at the time adopted a position that did place restrictions during the winter on the beach.”