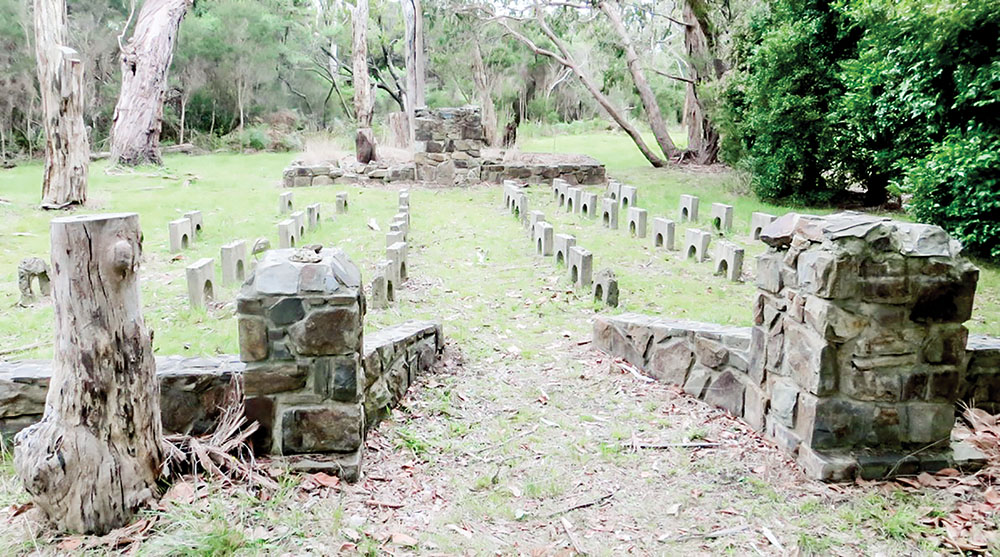 THE YMCA’s Buxton Camp at Shoreham, which ran from 1925 to the early 1970s, was a place to relax for many boys having their first experience of nature: camping in the bush at the seaside.

A feature of camp life after the war included services at the outdoor Cyril Young Open Air Memorial Chapel, which commemorated Cyril and Ivan Young, brothers and airmen who were killed in the war.

Services at the chapel, sometimes at night and illuminated by flaming torches, were integral to the camp’s philosophy of emphasising a balance between mind, body and spirit.

“The shire intends to honour its cultural and heritage responsibilities and acquire the part of the site on private land,” he said.

A working group of Friends of the Chapel, including the Young family, Shoreham residents, visitors to Buxton Camp and others, will be formed to guide the restoration of the chapel.

Anyone interested in being part of the group can attend a public meeting at Shoreham Hall, 2.30pm, Saturday 14 April.