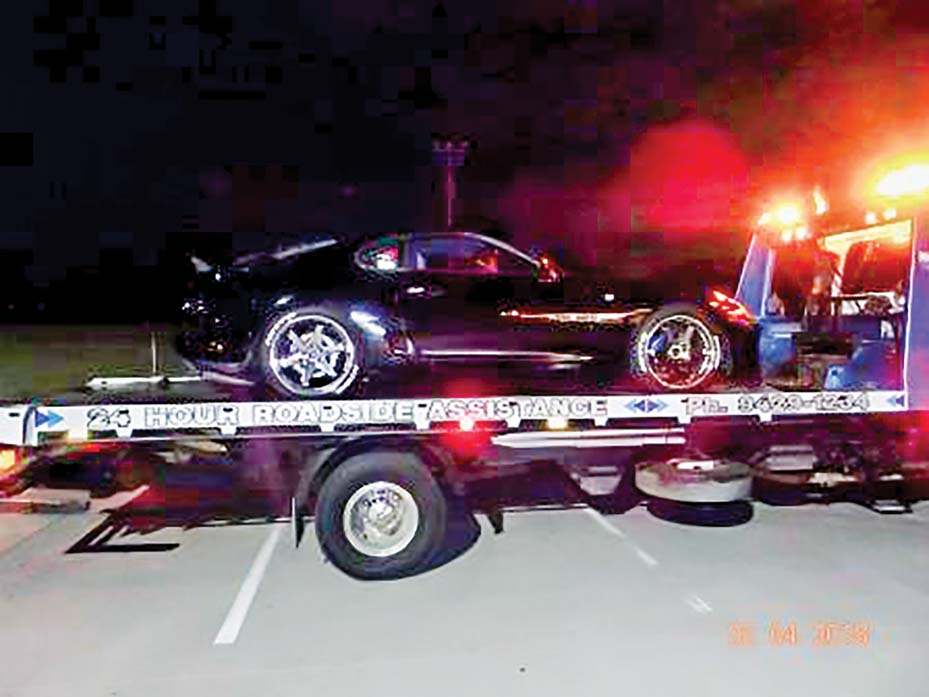 A MORNINGTON man was charged with reckless conduct endangering life, travelling at a dangerous speed and failing to stop when directed to do so by police after his Holden utility was clocked at 210kph on Peninsula Link, Frankston, 1.30am, Wednesday 28 March.

The man, 28, was arrested next day and bailed to appear at Frankston Magistrates’ Court at a later date. His car was impounded.

Somerville Highway Patrol crews say they are regularly seizing vehicles for speeding and hooning, especially at night. They said the Peninsula Link control room had alerted them to be on the lookout for a car speeding south at about 150kph and, a short time later, the blue Holden ute roared past Golf Links Road. The patrol attempted to intercept with lights flashing and siren wailing but the car accelerated and police called off the chase due to safety concerns – clocking the ute at 201kph.

Police said cars were impounded for a minimum 30 days, with a $1000 release fee. Other penalties may be imposed by a court.