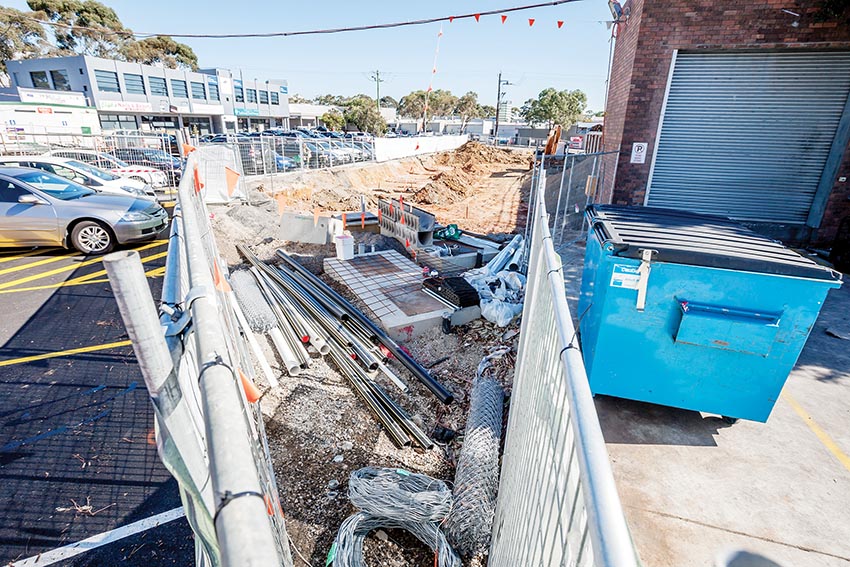 FINDING a car park in Mt Eliza’s shopping centre is about to become more difficult with the loss of at least five per cent of the village’s 1017 parking spaces.

The busy centre will lose 30 car parks after redevelopment of John Butler Reserve, and 15 spaces after expansion of Eliza Square shopping centre with its lead tenant Woolworths and liquor outlet BWS.

The Committee for Greater Frankston – an independent group formed last year to advocate for a better deal in the region, including Mt Eliza – is calling on Mornington Peninsula Shire to increase not decrease the number of parking spaces in Mt Eliza.

And it is asking the state government to acknowledge that more car parking needs to be provided in outer suburbs, which have less public transport than Melbourne’s inner suburbs.

Ms Hosking said inner suburbs were far better connected than outer areas. “If you live in Richmond, for example, you can catch trains, trams, buses or taxis. If you’re fit, you also can walk or ride a bicycle.

The loss of John Butler Reserve parking has been on the cards since 2012 when shire councillors approved a master plan for redevelopment of the reserve, part of Ranelagh Estate. A large part of the reserve is listed on the Victorian Heritage Register.

Butler Reserve is one of Ranelagh’s 13 reserves and parks but has been used mainly for car parking over many years. It also contains a public toilet, scout hall, preschool, playground, fenced dog park and trees.

The master plan is designed to return part of the reserve to parkland by removing car parks. The existing approved plan would see the deletion of 30 car spaces. Another 38 will be moved to Ranelagh Drive, between 100 and 200 metres further away from shops.

When redeveloped, the reserve will have a new playground, “pedestrian corridor” and bigger open space area.

Expansion of Eliza Square also has been on the books for several years although the extent of car parking losses has been revealed only recently.

Owners of the complex on the corner of Mt Eliza Way and Canadian Bay Rd first sought permission to expand in 2008 (when the supermarket was branded Safeway). Mornington Peninsula Shire Council refused the application but the owners appealed in the state planning tribunal VCAT, which in 2011 ordered the shire to grant the permit.

Eliza Square with its supermarket and liquor outlet, Westpac bank and speciality shops is being expanded by just under one-third but 15 parking spaces will go.

Ginevra Hosking said the planning system had failed to recognise how important car parking was to shoppers, businesses and tourists in the region. “We need more parking not less. The success of Mt Eliza depends on it,” she said.

“Every Mt Eliza shopper knows that finding a car park is a struggle at the moment. Removing 45 spaces will make it even harder.

“Older people and those with limited mobility will be particularly disadvantaged. Reducing car spaces makes no sense.

“More parking will help businesses grow, and growing businesses need more staff; jobs for young people, for people of all ages. We’re asking shire councillors and officers to get serious about improving parking in Mt Eliza.”