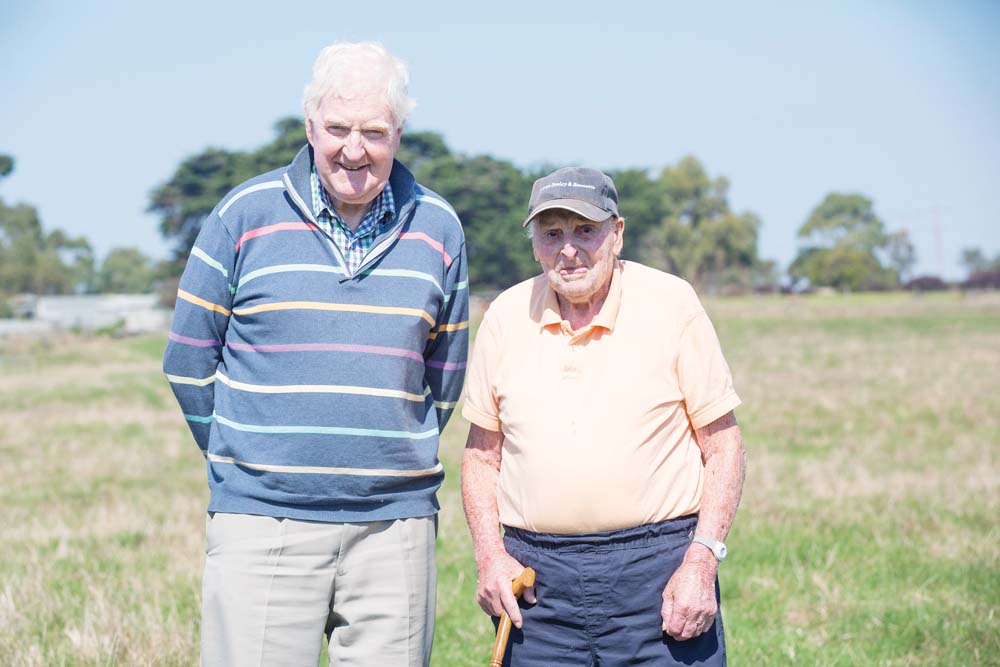 THE launch of a book about long-time Flinders identity Christie Johnstone will be a feature of local RSL activities in the lead-up to Anzac Day (25 April) at Flinders.

The 98-year-old farmer was born in the cottage Mantonville, built circa 1870, which still stands in a crumbled form behind his current house. He is a descendant of the Tuck family, who were some of the original settlers in the area.

Mr Johnstone was a stretcher bearer in War World II, most notably in the Battle of Alamein, and later in New Guinea. Each year he takes part in the Flinders RSL’s walk from the civic hall to the war monument. Only in the past couple of years has he felt the need to use a golf buggy.

Flinders District Historical Society is hosting the launch of the book Christie at 11am, Sunday 22 April, at St Peter’s Church, Byrnes Road, Shoreham.

The honours will be performed by Dr Mark Johnston, head of history at Scotch College, and one of Australia’s leading authorities on WWII.

Daughter Elizabeth Clancy said through their friendship her father had learnt a great deal about Christie who she said was “loved by so many locals in the Flinders and Shoreham area”.

“This inspired my father to record this formally and write a book,” she said.

“It is a wonderful read about Christie, his service and the local area.

“I’m not sure how many veterans from World War II originally from our area still remain, so perhaps a celebration of this [is] fitting over coming weeks.”

The book has sold its first run of 200 copies, and a second run is being published. Copies are available at the Flinders and Merricks general stores, and through Flinders District Historical Society. Copies will be available at the launch and on Anzac Day in Flinders.