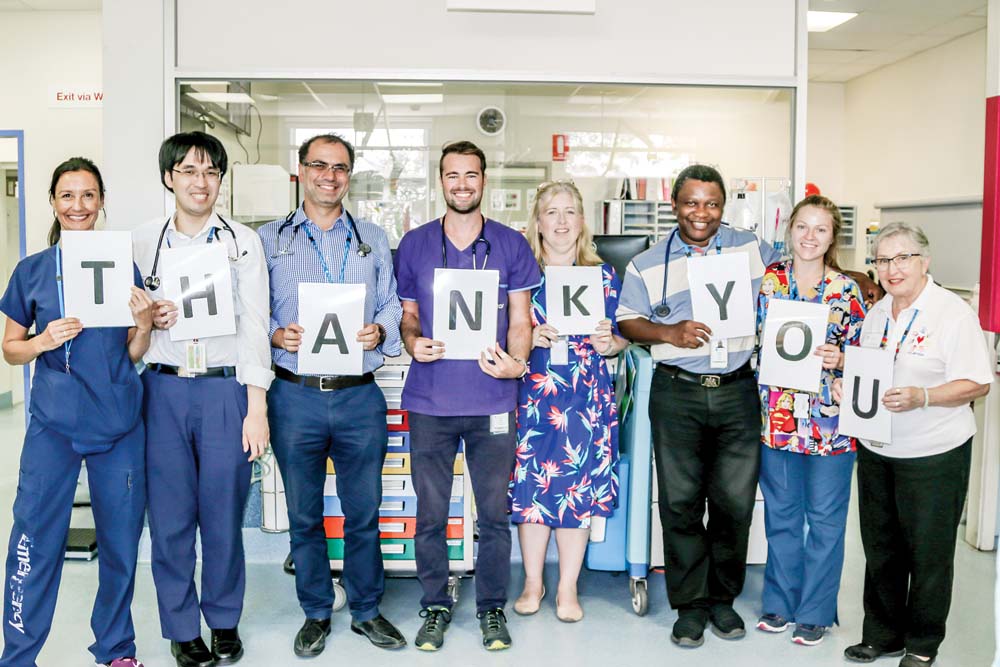 THE second Rosebud Hospital Summer Appeal raised $63,000 for the emergency department – some of it from the efforts of volunteers who braved the wind and rain while doing intersection collections at Rye, Rosebud and Dromana.

As well, peninsula businesses, clubs, groups and community members hosted events and made donations to the appeal which brought in more than triple the amount raised last year.

The final tally was announced by Peninsula Health CEO Felicity Topp at an afternoon tea to thank volunteers and donors on 23 March.

Rosebud Emergency Department nurse unit manager Kim Rogers said doctors and nurses were “absolutely humbled by the support we have received from the community” during the appeal.

“We are thrilled to be able to purchase vital medical equipment for our emergency department, so our doctors and nurses have everything they need to provide the best of care for patients close to home,” Ms Rogers said.

Appeal media partner Mornington Peninsula News Group (publisher of this newspaper)and major sponsor Barry Plant Rosebud also played a big role in the success of the campaign. “On behalf of all our patients and staff thank you to everyone who supported our Rosebud Hospital Summer Appeal and for making it such a huge success,” Ms Rogers said.