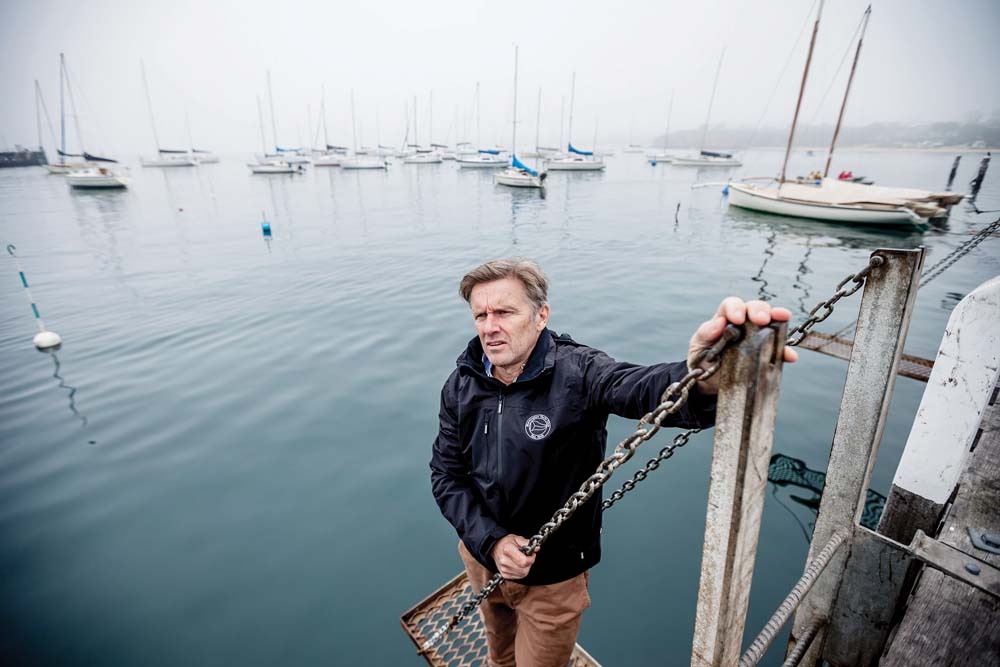 THE storm which battered the Mornington Peninsula, Saturday 14 April, has renewed calls for a marina at Mornington.

Plans for an $18 million, 170-berth floating marina to provide a safe haven for moored boats were abandoned in early 2010, but not before Mornington Yacht Club, Parks Victoria and other government departments had spent about $1 million on consultants’ reports to justify a marina.

The latest storm left three boats on the beach and broke handrails and decking on the pier.

The renewed push for a marina has already been raised with Mornington Peninsula councillors and its proponents are again likely to face a new storm of condemnation within the community.

Although Cr Colomb said the meeting was planned weeks before, and that the abandoned 2010 marina project was only briefly discussed, the storm was certainly top of mind among the sailors.

Mr Jackson had said on the club’s social media page (5.23pm, Saturday 14 April): “So sad that a safe harbour was approved by the state government [in 2010] yet knocked back by local government inaction (at the time).” “Sadly, three are now on the beach and one at least is beyond repair,” he said. “Yes, when the pier is finally repaired it will be better, but it would not have saved two of the boats today. It will not be a safe harbour [which is] bloody disappointing.

“Maybe the current councillors can … change the planning overlay and finally have some vision for a sport that caters for juniors, youth, those with disabilities – and all of those for a lifetime.

“Port Phillip is underdeveloped and [is] Victoria’s next big thing: If only for some real vision.”

In February 2010 councillors voted against amending the planning scheme which would have given allowed the marina to be built.

The yacht club’s then-commodore, Tony Donnellan, reported he was “disappointed” with the shire’s knockback, and that the club had promoted the marina project as a way to “make the harbour safe”.

But he said he was heartened that the state government had agreed to redevelop the pier and install the wave screens, many of which were washed away from the pier during winter 2016. Speaking after meeting  with councillors on Wednesday, Mr Jackson said the club would consider its options and possibly push for changes to the area’s planning overlay to make it easier for the marina to be built.

He said this would require a shift from a conservation focus to a recreation focus.

“There’s a different mindset now and we hope the council can clear the way,” Mr Jackson said.

“The council doesn’t want the area to be over-developed, but we need flat water.”

Mr Jackson said the pier should have been extended a further 50 metres.

“It will be interesting to see what happens with the new wave panels.”

The mayor Cr Payne said any developments sought by the club “would be judged on their merits”.

He agreed changes would need to be made to the overlay before work could progress on an improved marina plan.

“To change the planning overlay they would need to put a submission to the council which would then go to the [planning] minister,” he said.

“They haven’t finalised what they want yet, but that’s a bit further down the track. They would need to get the overlay done first.”