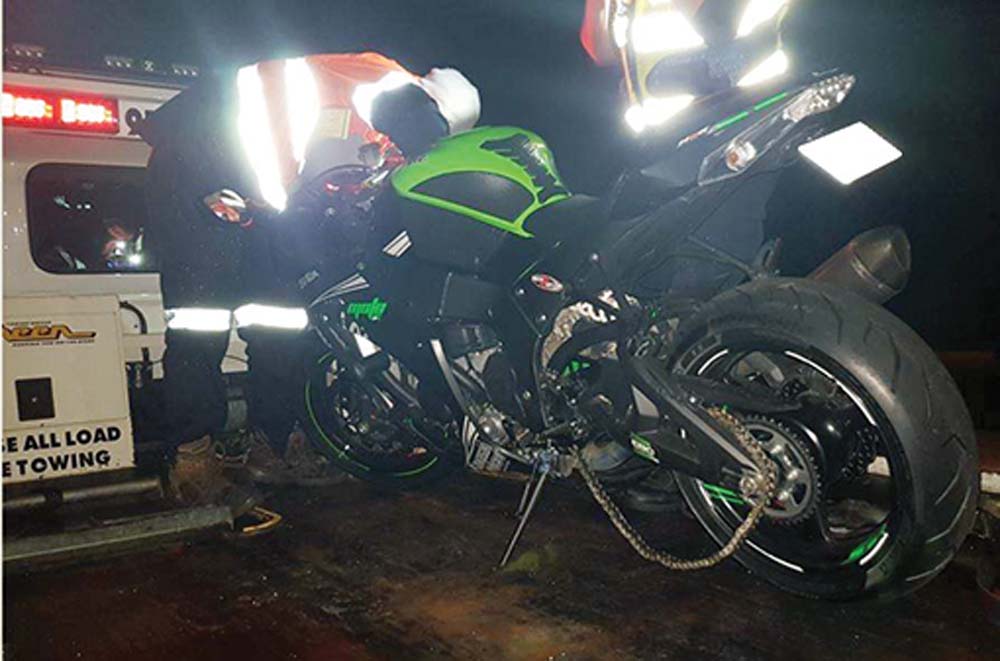 A SEAFORD motorbike rider who allegedly sped away from Somerville highway patrol came to an embarrassing halt when his chain came off causing him to roll to a stop. He then fell off.

Police said they attempted to intercept the bike in Brunel Road just before 2am, Monday 16 April, when they noticed blue tape on the number plate.

The rider sped off, allegedly reaching 148kph in the 60kph zone, before the chain came off and began sparking on the road. The bike rolled to a stop and the 29-year-old rider fell off.

Police found him to be disqualified from driving. He also tested positive for methamphetamine use and his bike was impounded for 30 days.

While inspecting the bike police said they found a switch had been installed to turn off the number plate light, which they allege he did while evading them.

The man will be summonsed to appear at Frankston Magistrates’ Court to face charges including driving while disqualified, evading police, drug driving, altering number plates, using an unsafe motor vehicle and speed dangerous.