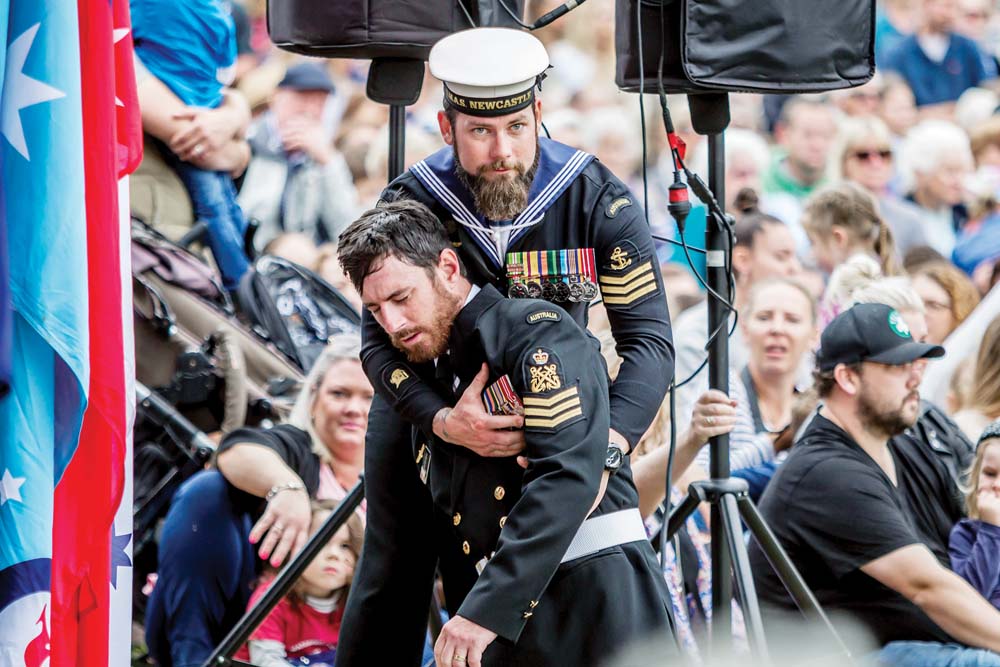 “The dawn service was extra large with not a spot left on the lawn at Memorial Park, and we had 300 back for the Gunfire breakfast.

“Up to 4000 attended the march along Main Street from Queen Street. It was a packed house.”

Rosebud RSL sub-branch had about 2500 people at the dawn service, while a further 2000 lined Pt Nepean Road as 400 ex-servicemen and women marched to the cenotaph.

Long-time president Bruce Turner said the day was “really good”, with about 700 at the breakfast.