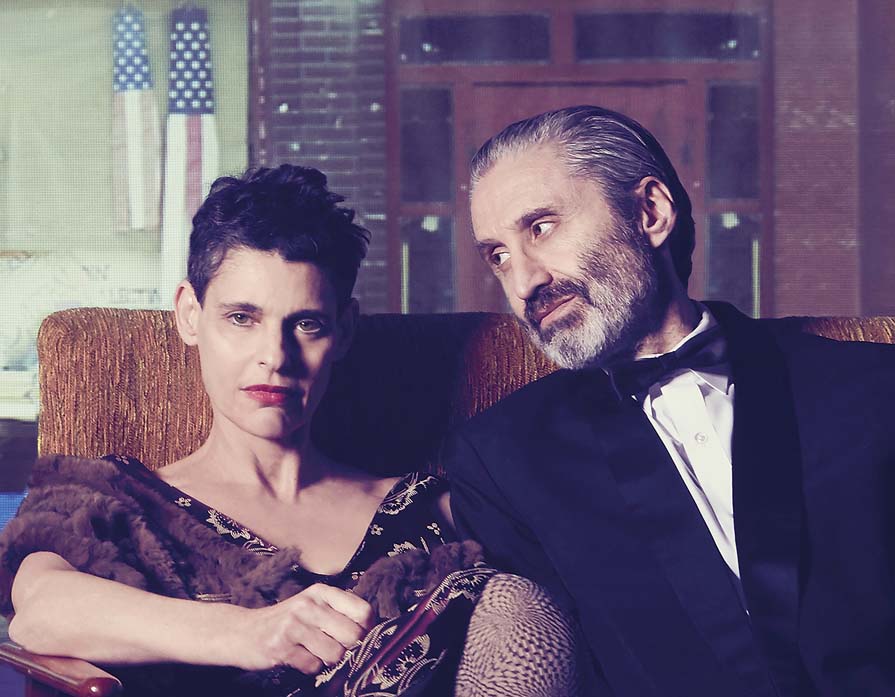 Deborah Conway is a significant and eloquent contributor to Australian music, singing songs that chronicle the essential elements of life, love, loss, memory, the mundane and the spiritual. Restless and confounding, her powerful voice and presence has fascinated audiences for the past 30 years. A rare female agitator in a time when the music industry was male dominated; Conway continues to be a role model for young women and a mentor to emerging artists.

Her first band Do Re Mi topped the charts; her first solo album, String of Pearls achieved platinum sales. Conway met Willy Zygier in 1991 and together they have released albums that have attracted critical acclaim from reviewers and audience plaudits.

In 2016 they released their 9th studio collaboration, Everybody’s Begging, that was given a 5 star review in The Australian.

In 2016 Conway & Zygier’s 1993 5/4 anthem Alive & Brilliant, was inducted into the National Film & Sound Archive & Conway was named a Living Legend twice by the Leaps & Bounds Festival and Rolling Stone Magazine.

They are currently writing for their 10th release due out in 2019.

This is a seated show with limited standing available.  You are purchasing a ticket in the class you have selected. Seating allocations within each ticket class will be made by the venue prior to the event.

Tickets available online or from the venue direct on 5975 2001