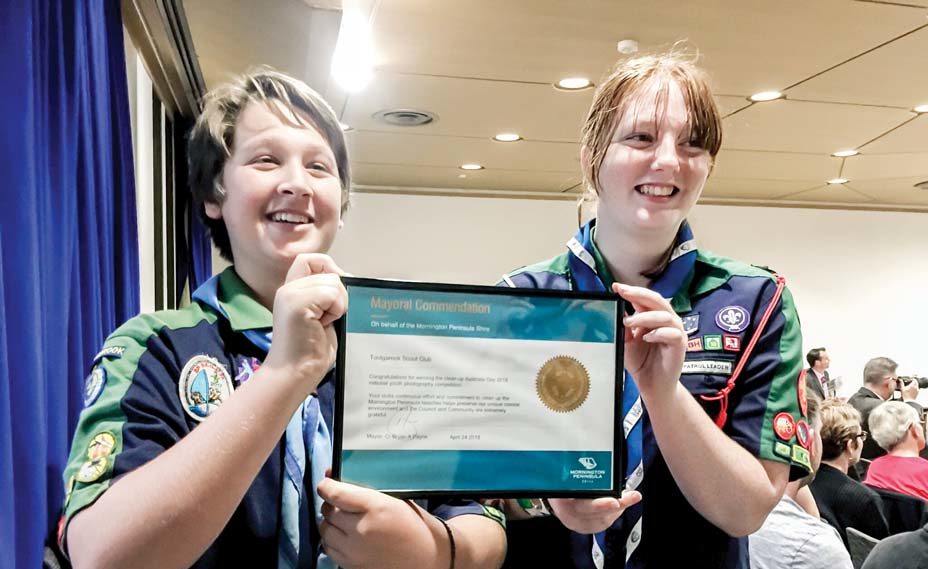 1st Tootgarook Scouts were last week awarded a mayoral commendation for their efforts on Clean Up Australia Day and in winning the Clean-Up Australia Day photograph competition.

Their efforts aimed to draw attention to the rubbish problem and discover how small pieces of mainly plastic can be stopped from degrading the environment.

The mayor Cr Bryan Payne was made one of the pack aftre being “scarfed” by Scout Kayley Hazendonk – an honour only afforded to special individuals.

The scarf also shows a word map of the Scouting districts and regions of Victoria.

“Bryan was fantastic with the children and assured them that he was confident the bay was in good hands, with Scouts leading the way as examples of young leaders,” the group’s environmental coordinator Josie Jones said.

Cr Antonella Celli praised the group on social media: “What a wonderful recognition for the 1st Tootgarook Scouts for their good work towards our environment: “I was impressed.”