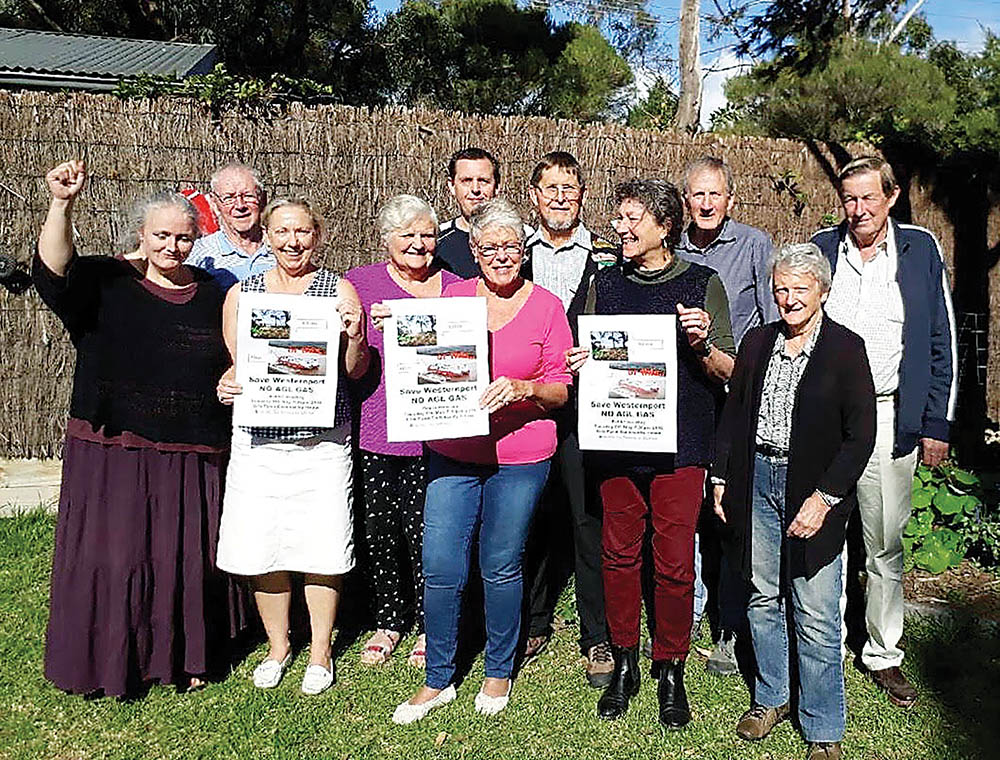 A GROUNDSWELL of opposition is building to AGL’s floating gas terminal at Crib Point and a hydrogen gas to liquid plant at Hastings.

Information about the gas terminal and the hydrogen plant – led by Kawasaki Heavy Industries and part financed with $100 million from the state and federal governments – will be aired at a public meeting at Crib Point next Tuesday (8 May).

The meeting is being organised by a steering committee for a group calling itself the No AGL Gas terminus for Crib Point.

Candy Spender-van Rood said guest speakers “will inform people about just what this gas jetty would mean for Western Port if it goes ahead”.

“There will be information about the possible dangers as well as the environmental implications, and the fact that there will be no jobs for locals,” Ms Spender-van Rood said.

“We will have petitions there for people to sign and hand-outs with more information.”

The public meeting follows a series of information sessions held by AGL and precedes a second public meeting being organised by Hastings MP Neale Burgess who has publicly criticised AGL’s plan.

Despite several requests to his office, Mr Burgess’s federal Liberal colleague, Flinders MP Greg Hunt, has not answered specific questions from The News about whether he supports or opposes the gas terminal at Crib Point. Mr Burgess says the gas terminal would be the beginning of the “industrialisation” of Crib Point (“MP against Crib Point gas plan” The News 24/4/18).

“Kawasaki is proposing a coal-to-hydrogen plant using the Port of Hastings to export the resulting fuel. Japan will get the benefit of a clean green fuel while we are left with the dangerous emissions from burning brown coal,” she said. “This would increase heavy traffic on roads not built for the purpose as the hydrogen is trucked into Hastings.”

Ms Stockigt said AGL gas terminal would provide few jobs “it will cause serious air, light, noise and water pollution and negatively impact property values”. “Some important decisions regarding these proposals are due to be made in coming months. Unless we put pressure on our government, we will have to live with the negative impact of these schemes for decades to come.”