Helping to cope with an ‘embarrassing’ disease 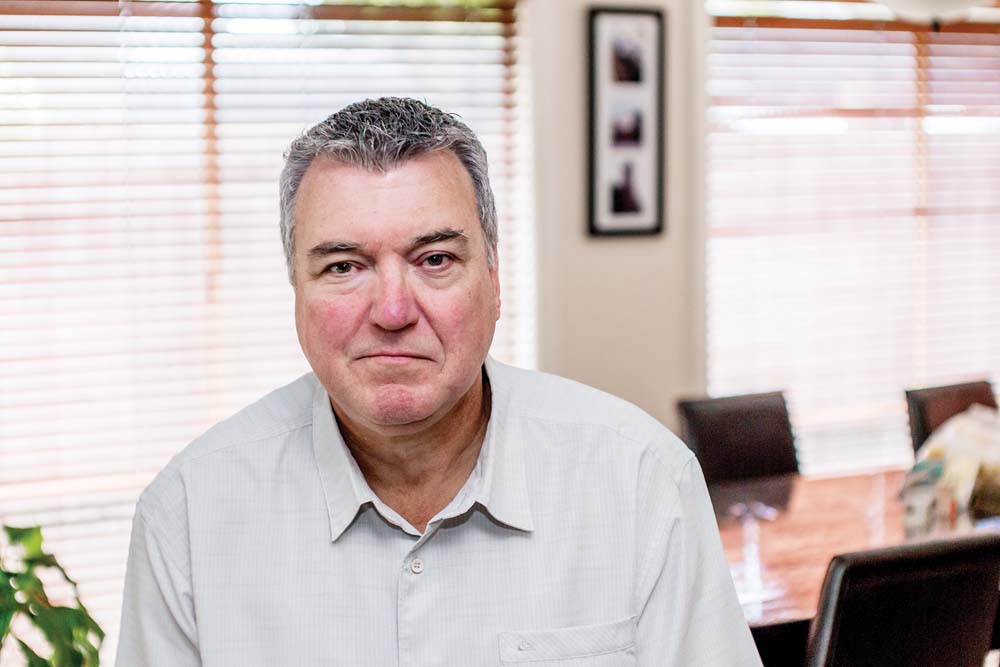 A MORNINGTON man fighting a debilitating disease is still working to help others in their suffering.

May is Crohn’s and Colitis Awareness Month, which culminates in World IBD – or Inflammatory Bowel Disease – Day on Saturday 19 May.

Mr O’Hare is well aware of the stigma and embarrassment associated with bowel disease. IBD patients – especially when young – are often too embarrassed to discuss it, meaning few people really understand its impact on a victim’s physical health and also on their mental wellbeing.

Contrary to a common misconception, Crohn’s is a young person’s disease, rearing up in patients as young as seven, and condemning them to a debilitating and painful future as there is no known cure – only a term of remission, much like cancer.

“I began feeling ill at home and went off my food, began getting diarrhoea, passing blood and losing weight,” Mr O’Hare said.

After myriad tests and repeated stays at The Bays hospital, the previously “very fit” patient lost 22kg in weight and was a very sick man when the disease was at its worst.

Work was impossible. “I’d get up and go and sit in the study and go back and forth to the toilet,” he said.

After being diagnosed with Crohn’s disease by a specialist Mr O’Hare spent 17 days at Cabrini hospital, some of it in intensive care, after which he went home to “sit on the couch” and suffer in silence.

“Your body is so messed up that your immune system packs up, making you vulnerable to anything going around,” he said.

“In my case I ended up with blood clots on the lungs. It is a very bumpy road.”

While there is no known cure the Crohn’s disease, and the related auto-immune Colitis, it is said to be manageable.

“Something triggers it in the small bowel and the body starts eating itself,” Mr O’Hare said.

“It is not dietary related and it affects everyone differently.”

He receives a drug treatment every eight weeks to keep the disease under control, knowing that it may flare up again at any time.

Mr O’Hare runs support groups at Mornington and Rye twice monthly, where sufferers share their experiences, discuss issues, and keep up to date with the latest treatments.

“Others come for the social aspect as they all have something in common.

The CCA’s CEO Professor Leanne Raven said living with IBD was “much more common than you might expect”.

“More than 85,000 Australians live with the constant, often hidden struggle of IBD,” she said.

“It affects their personal, social and work life, with so many people failing to understand the complexity of the disease.

“By 2022, it is expected that more than 100,000 Australians will be burdened with the quiet suffering often associated with IBD.”