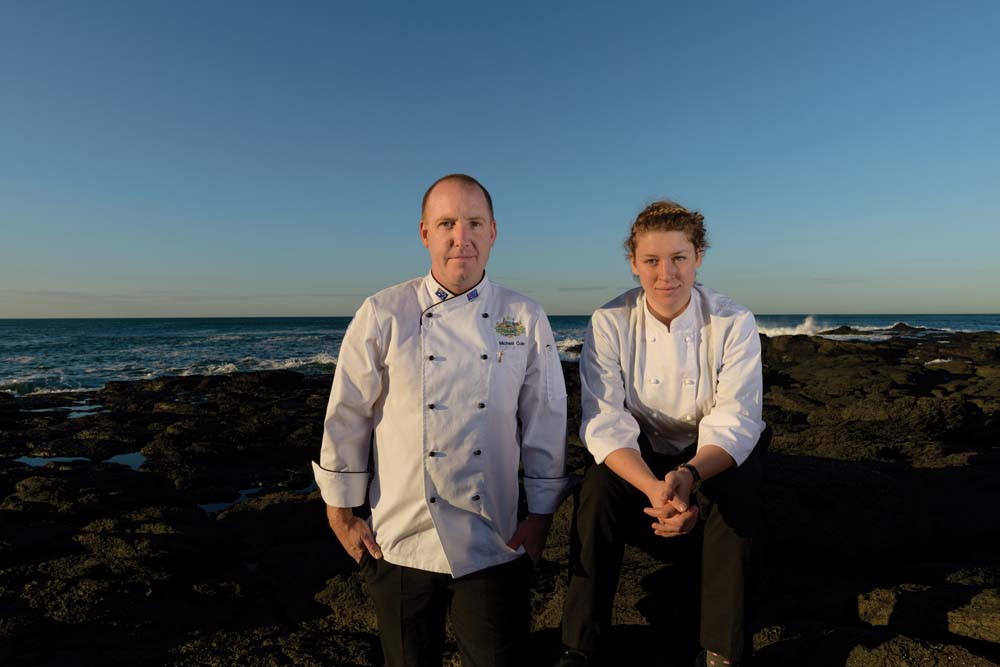 A YEAR of intense training paid off earlier this month when Michael Cole and Laura Skvor cooked their way into the final of the Bocuse d’Or, billed as “the most prestigious gastronomic competition in the world”.

Cole, head chef and Skvor commis chef at the Flinders Hotel, were members of the Australian team which came fourth out of 11 countries in the Asia Pacific division of Bocuse d’Or in China.

Skvor won Best Commis Chef (food preparation and basic cooking under the supervision of a head chef) in the Asia Pacific division.

The final of the Bocuse d’Or is being held next January in Lyon, France.

Cole became Australia’s chef nomination after winning Chef of the Year in 2017.

In the run up to the 9 May Bocuse d’Or event in China, Cole was helped in his preparations by chef Scott Pickett and mentor, Philippe Mouchel.

Cole said the Mornington Peninsula’s “unique environment – pristine waters, clean air, rich soil and diverse micro-climate – nurtures an abundance of fine produce, which encourages my clarity of purpose to achieve my dreams, and inspires my vision and creativity, to stretch the boundaries of my craft”.

Cole said he had set his sights on being a chef when he was 10.

His career is a “lifestyle choice and a passion that lies deep within” approached with the philosophy that “food is life”.

“Food is at times comforting, culturally binding and can be seen as an act of generosity,” he says.

He chooses to use local produce, is interested in the “farming aspect and the ecological impact” and holds the belief that “everything should harmonise”.

His role as head chef at the Flinders Hotel involves overseeing the Georgie Bass Cafe & Cookery and Zigis coastal bar.