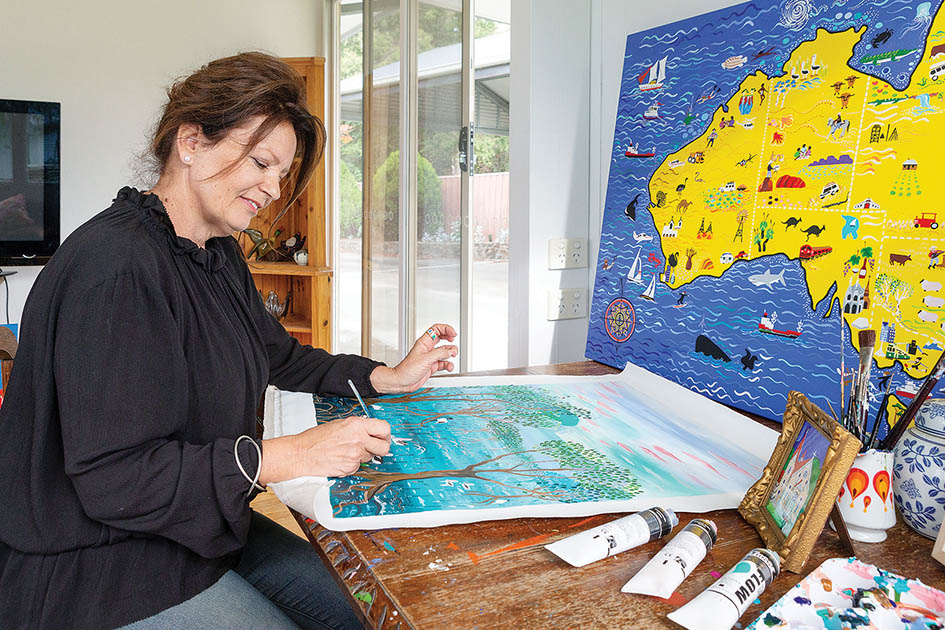 TYABB artist Jeanne Rachelle White has been invited to exhibit at the International Naive Art Festival in Katowice, Poland, next month.

She is one of 30 Australian artists exhibiting works at the long-running festival which this year has Australia as the country in focus.

The festival brings together about 300 self-taught naïve artists from around the world whose works were viewed by 30,000 visitors last year.

The former industrial city has transformed over the past 20 years into an arts destination with one of the world’s largest international festivals of naïve art.

But what is naive art?

“It is easier to say what it isn’t than what it is,” said White, an instrument technician. “Naive art is not folk art which is usually traditional; it is a form of art that creates without formal knowledge of perspective and academic methods, and it has a characteristic absence of formal training.”

“Naïve art is revered in Europe, and is gaining popularity here,” White said.

“It draws on childhood experiences and memories so its execution is childlike, incredibly detailed, simplistic and very whimsical, which makes it so appealing. I was first introduced to this style by a baker, who displayed his art in his shop. Throughout the past 30 years I have put on many successful exhibitions, created greeting cards for Target Australia, and won various awards, including from the Lorne Art Show.

“My work at times has had a strong indigenous style which enables me to incorporate both influences – a throw back from a distant relative, I believe.

“I still manage to sell my work, which includes a lot of commissions.

“I hope to explore more local areas of interest and be more inspired.”