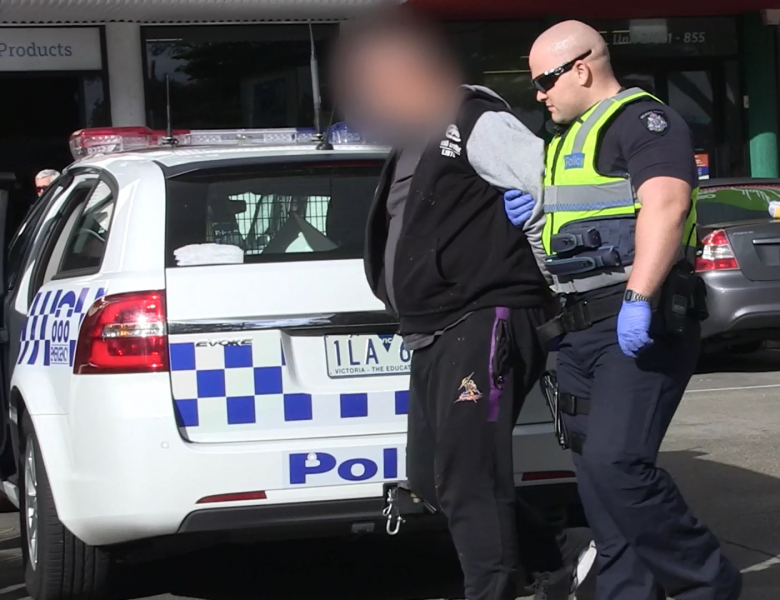 The three men were arrested in a Rosebud car park, on Point Nepean Road about 10.15am.

Shortly afterwards a search warrant was executed at the Dromana home of one of the men.

During the search of the house police allegedly located quantities of ice, cocaine and prescription medications, a loaded shotgun, ammunition, daggers, machetes and a taser.

A 21-year-old Capel Sound man has been bailed to appear at Dromana Magistrates’ Court on 28 June charged with possessing a drug of dependence and committing an indictable offence whilst on bail.

A 29-year-old Safety Beach man is expected to be charged on summons at a later date.