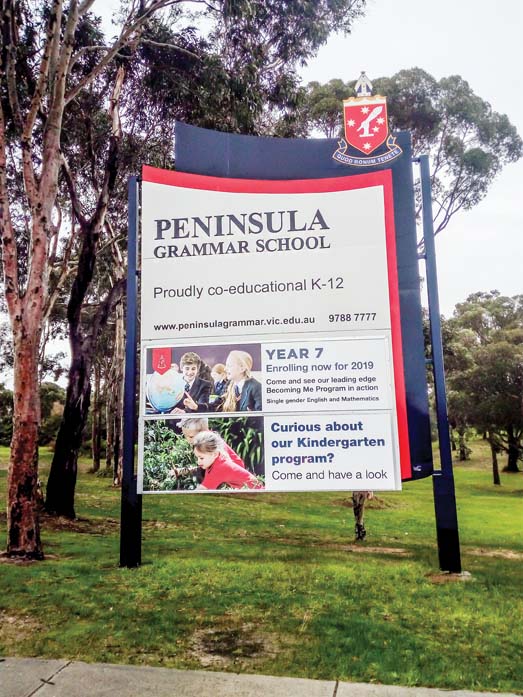 CO-ED school Peninsula Grammar is seeking an exemption from the Equal Opportunity Act to allow it to “better manage” gender numbers in its classes.

Principal Stuart Johnston told the school’s alumni that the exemption would allow it to structure waiting and enrolment lists, allocate placements, and advertise or offer scholarships to either boys or girls depending on the genders it needed to balance numbers.

The Mt Eliza school, which has 41 per cent girls and 59 per cent boys after becoming fully co-educational in 1996, is seeking to extend the exemption granted by VCAT in 2013 for a further five-year term.

Mr Johnston said that, under the terms of the act, students were admitted in order of application, but this tended to skew numbers and upset the equal balance of boys and girls.

“We strongly believe it is in the best interests of both our male and female students alike, both educationally and socially, for our student body to comprise an equivalent number of boys and girls in each year level,” he said.

“The exemption would permit the school to continue to take positive action to even out our boy to girl ratios, thus enhancing the benefits of a fully coeducational learning environment.”

Mr Johnston, who has been principal for the past nine years, said classes up to Year 9 were affected by a gender imbalance.

“The perception of the community is that the numbers of boys and girls are equal. By having the exemption we can better manage that expectation,” he said.

Other co-ed schools affected by an imbalance would likely also seek exemptions under the act, he said.

“We believe in choice and also that co-education works well, with students of co-ed schools doing better.”

The tribunal will hear the exemption application on 16 July.