Signs come and go to control dogs at threatened beach 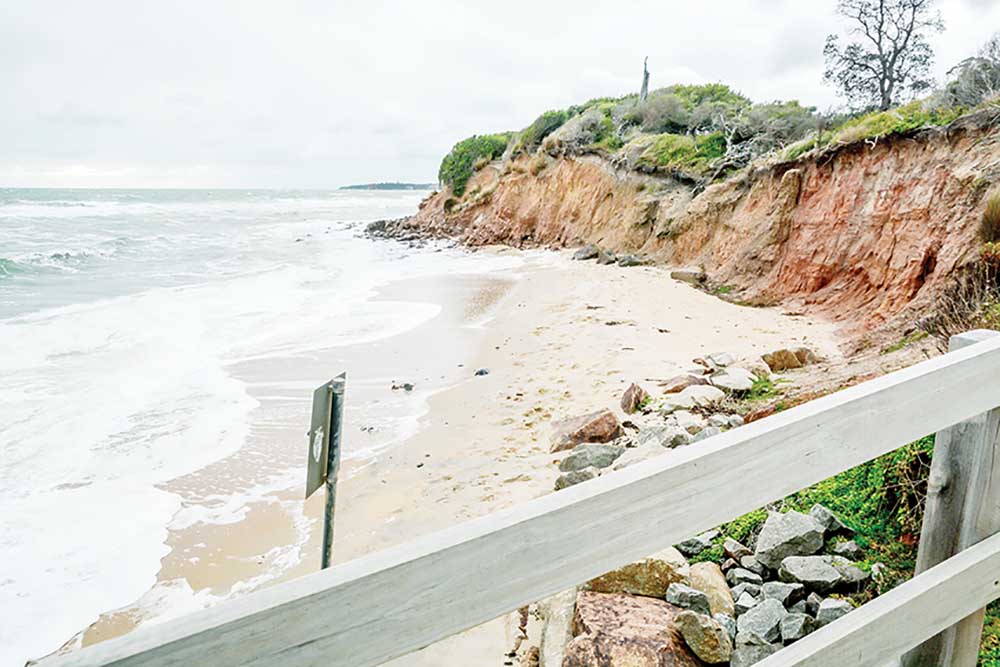 The signs on steel poles were about 50 metres north from the bottom of the beach access stairs, where identical signs were installed a couple of years ago.

Those signs no longer exist at the stairs, but the movement of signs at the small beach has caused confusion over its status for dogs.

The shire has never directly responded to questions about the installation and removal of the leash-free signs from the access stairs, instead supplying diagrams of the adjoining leash-free Hawker Beach and “Mt Martha North dog signage”, which shows signs in the car park at what is more commonly recognised as Mt Martha Beach South.

A sign at the Mt Martha Beach North stairs now says “Dogs must be on leash at all times”. Another sign at the entrance to the track leading down to the stairs says they are not allowed on the beach from 9am to 7pm during daylight saving but are allowed there, on a leash, at other times. Asked by The News to nominate a comparable beach where shire rangers had paid so much attention over summer, environment protection manager John Rankine said: “Beach patrols are conducted through the summer months and include patrols of all shire managed beaches several times per week.”

During summer the rangers at one stage erected a “Dogs prohibited” sign within metres of the sign outlining restrictions during daylight saving.

One councillor (who “tries not to get involved in dog issues”) told The News: “I get residents complaining that they can’t get a ranger to respond”.

The News sent the shire a photograph showing the Dog off-leash” sign at the bottom of the access stairs, but Mr Rankine has yet to respond to whether it was placed there in error. If it was a mistake, the error was repeated several times over several years, with the signs being replaced each time that the stairs were rebuilt.

Mr Rankine said councillors are not “routinely advised” on where dog signs are placed, although they were ones who “decide on the leash free status and this requires a report and formal resolution of council, identifying the specific areas that are to be designated leash free”.

Leash-free areas must be advertised by council in the Government Gazette.

The stairs along with many boat sheds at Mt Martha Beach North have been repeatedly wrecked by storms.

At one stage the then Department of Sustainability and Environment moved to stop the boat sheds being rebuilt as the beach was seen to be “dynamic” and unstable.

However, the then Labor government was forced to back track and allow the shire to issue building permits.

Since then the beach has continued to change with the seasons and beach box owners are now lobbying for a rock wall to be built in the sea in a bid to stop sand loss.

Coincidentally, a report released last week by the Victorian Coastal Council uses a picture of beach boxes at Mt Martha Beach North to illustrate its message that there are more problems to come.

The report – Victoria’s Coast and Marine Environments under Projected Climate Change – warns of a greater tidal range within Port Phillip and its detrimental effect on infrastructure.

The Department of Water Environment Land and Planning plans to use large boulders to stem erosion of the cliffs behind the beach boxes at Mt Martha Beach North, although the most persuasive argument to spend taxpayers’ money this way is based on the danger of The Esplanade collapsing.

Cracks in the bitumen are clearly visible (and regularly patched) from just north of the bridge over Balcombe Creek to near Helena Street.