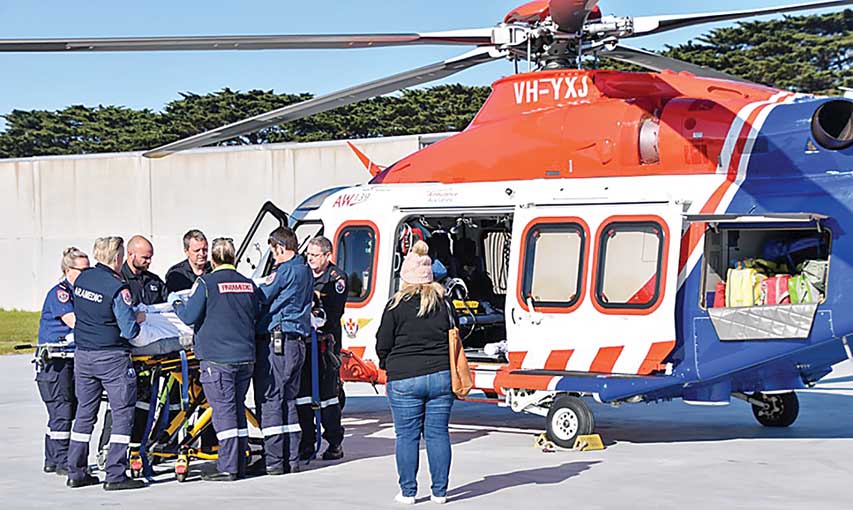 A 17-year-old footballer suffering concussion was airlifted to the Alfred Hospital from Tyabb Airport on Saturday afternoon.

Chelsea Seagulls under-19s player Tristan Giuliano was injured during a game against Tyabb at Bunguyan Reserve.

”He was airlifted to the Alfred Hospital and has been cleared of any spinal or head injury. He was taken based on a concussion and suspected injuries relevant to that, and was released from hospital on Sunday night,” Mr Davis said.

Mr Davis thanked Tyabb Football Netball Club “and our extremely professional trainers Charlotte and Eilish for their care of Tristan in tough circumstances”.

The helipad was opened by the Peninsula Aero Club late last year at a cost of about $400,000, with Mornington Peninsula Shire contributing $100,000.

“This is one of the reasons we opened the helipad in the first place. We don’t have helicopters of our own so we needed to provide a community service, and it’s being used,” aero club committee member Ian Johnson said.

“Having the fuel available down here helps extend the range of police helicopters, and it’s assisted in quite a few lifesaving situations.”