Guards march off job at naval base 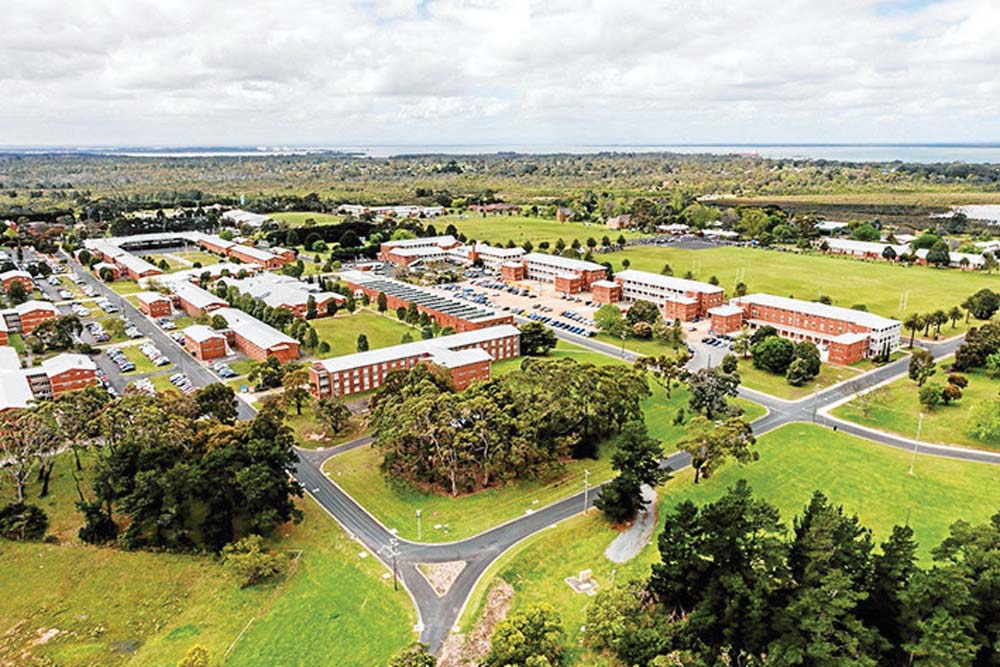 The action resulted in bans on visitor checks, on-site patrols, bag and vehicle checks and training. Industrial action elsewhere affected Defence sites across the state as well as at hospitals, offices, stations, and factories.

The guards, members of United Voice, are angry at what they claim are “broken bargaining rules in the security industry and across the workforce”.

They say they have been negotiating with Wilson on pay and job security for a year and a half.

United Voice Victorian secretary Jess Walsh said Wilson had imposed a two-year pay freeze on the guards and sought to introduce a two-tier pay structure as a way of pushing new guards on to the award minimum. He said it was the third time guards had taken industrial action in recent months, and was “the most widespread action to date”.

“These guards are highly-trained, professional staff who do incredibly important work protecting our men and women in uniform, as well as patients and health professionals, and yet their pay has been squeezed for the last two years,” Mr Walsh said.

“They do not deserve this kind of disrespect.

“They will do whatever it takes to win jobs they can count on.”

Mr Walsh said the action caused significant disruption at HMAS Cerberus as well as at other Defence sites, including the Australian Geospatial Intelligence site at Bendigo, Simpson Barracks, Defence Fisherman’s Bend and the Defence Science and Technology Organisation, Maribyrnong.

“There is a risk that if the action escalates, operations on some bases would be shut down,” he said.

Wilson Security was invited to comment on the action.