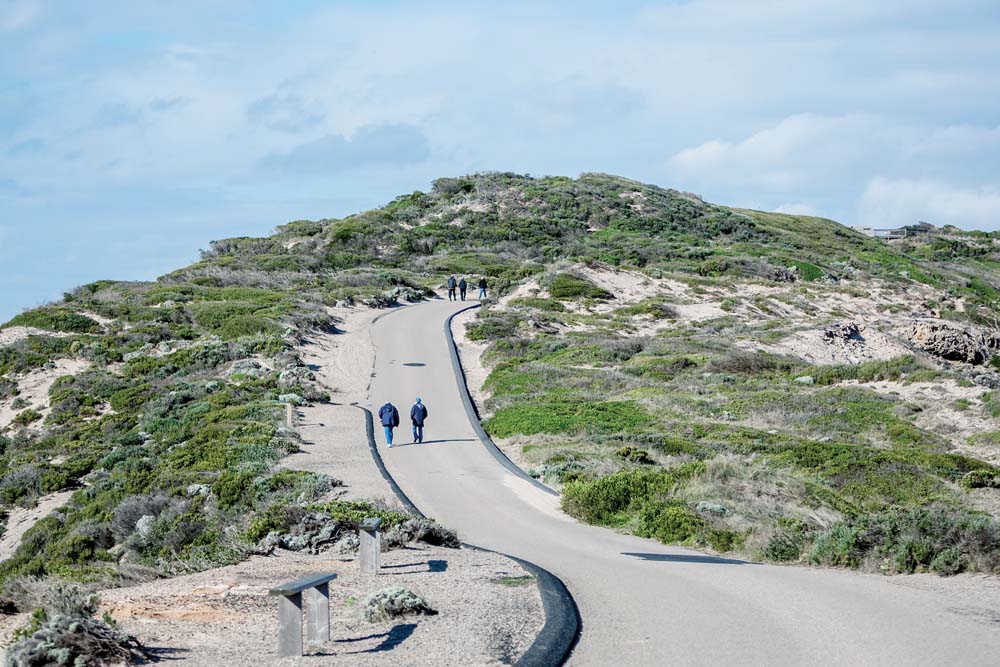 DEFENCE Road in Point Nepean National Park has been reopened after being closed for nine-weeks.

Parks Victoria says the road repairs which caused the closure were part of the state government’s “commitment towards activating the Point Nepean Master Plan”.

“The road foundations have been upgraded and strengthened to help future-proof the park and improve overall access for its growing visitation,” district manager south east Melbourne Libby Jude said.

Defence Road is the main access road into the park and connects the Quarantine Station and Fort Nepean for vehicles, cyclists, pedestrians and the shuttle bus.

The roadworks included reconstructing 3.6 kilometres of the road from Danson Drive to Fort Nepean, as well as drainage works, vegetation trimming and widening of the section of road on approach to Gunners Cottage.

The Point Nepean master plan received an excellence award in the cultural heritage section of this year’s Victorian Landscape Architecture Awards. The master plan was submitted to the awards under TCL (Taylor Cullity Lethlean) and Parks Victoria.

The plan was recognised for its “leading strategic thinking, community consultation and cultural focus” in a complex location.