A toast to fountain’s return 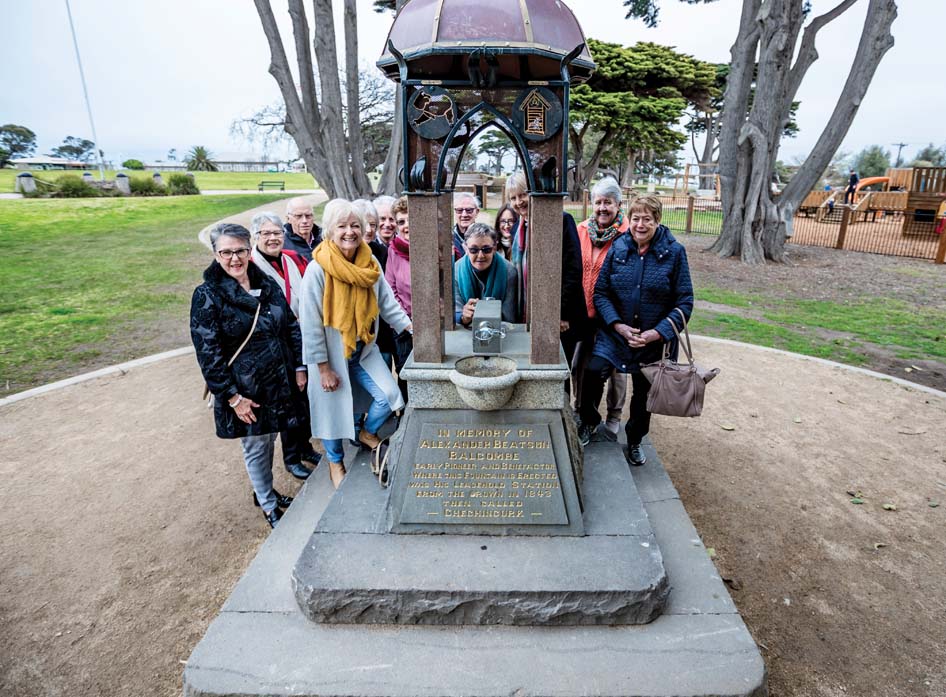 It is now working as a drinking fountain with a solar light in the cupola which brightens when people approach.

The fountain was originally outside the park’s entrance, when work was done on the arches by unemployed men during a job-creation scheme in the Depression of the early 1930s.

Members of the Balcombe family gave the monument to the people of Mornington in remembrance of Alexander Balcombe who had the park and much of the foreshore reserve set aside for public use.

Road widening and footpath works, coupled with the fountain being knocked over by a car, forced its removal. It was stored in the shire’s works yard until it was erected in the Empire Mall during the 1970s when the original marble top was replaced with 1970s-style architecture.

Recent renovations at the Empire Mall meant the fountain had to find a new home and what better place than as near as possible to its original position.

Society members celebrated its return with a small ceremony at the park, Thursday 30 August.

– Our thanks to Mornington and District Historical Society