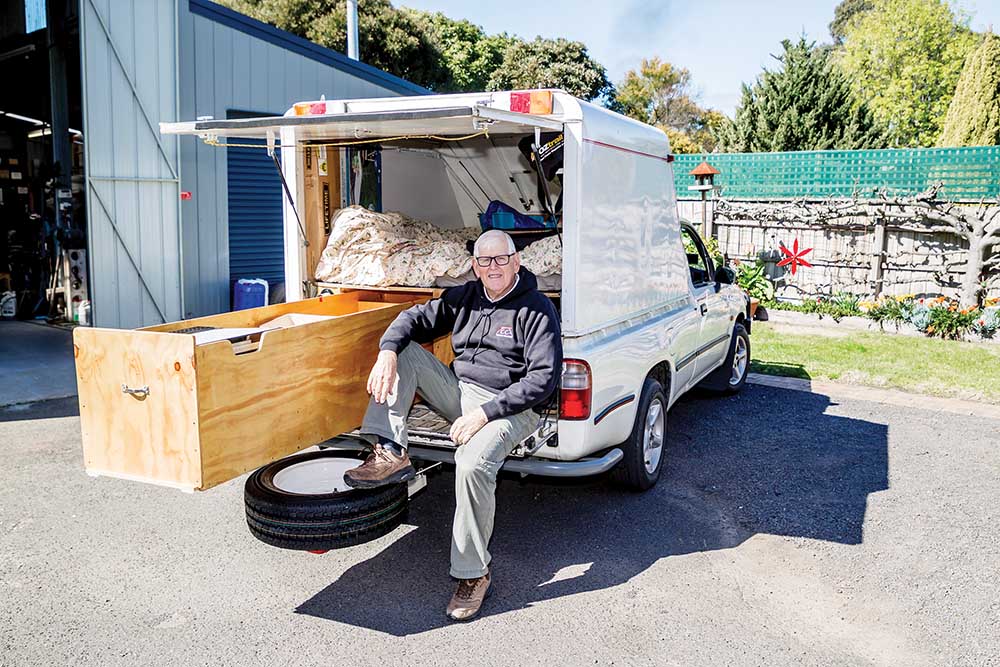 IN a few weeks an elderly Hastings man will forego the comforts of home for a long spell behind the wheel to raise money for drought-affected farmers.

Len Brennan, a former professional driver, will set off in early October in his reliable and much-travelled Toyota Hilux ute on a 9000 kilometre journey taking in some of Australia’s toughest bush roads and rutted tracks.

The self-described “poor man’s philanthropist” – 82 – will head to Adelaide, then Darwin, then across to Brisbane and back down to Melbourne in his fundraising adventure to, hopefully, raise $20,000 for a cause that’s close to his heart.

Asked how long the trip would take, Mr Brennan quipped: “How long’s a piece of string?”

He is fully confident of the capabilities of his modified Toyota ute even though it has already done more than 300,000km. He says there’s plenty of room to sleep in the attached cabin.

“It is not going to be a long trip and should be an easy-peasy drive,” said Mr Brennan, who spent his working life behind the wheel for Ford Australia, once covering 1000km a day for 10 days as a test driver.

“I once drove from Brisbane to Melbourne non-stop and could have turned around and gone straight back again,” he said.

Asked why he was pushing himself so hard at his age, he said: “I have always wanted to do things for other people. The farmers need our help and I hope to raise as much as I can for them.”

Mr Brennan has partnered with Rotary who will help distribute the funds he raises. His sponsors include Middendorp Electrics, Norton Gates and Tyrepower “but there’s always room for more”.