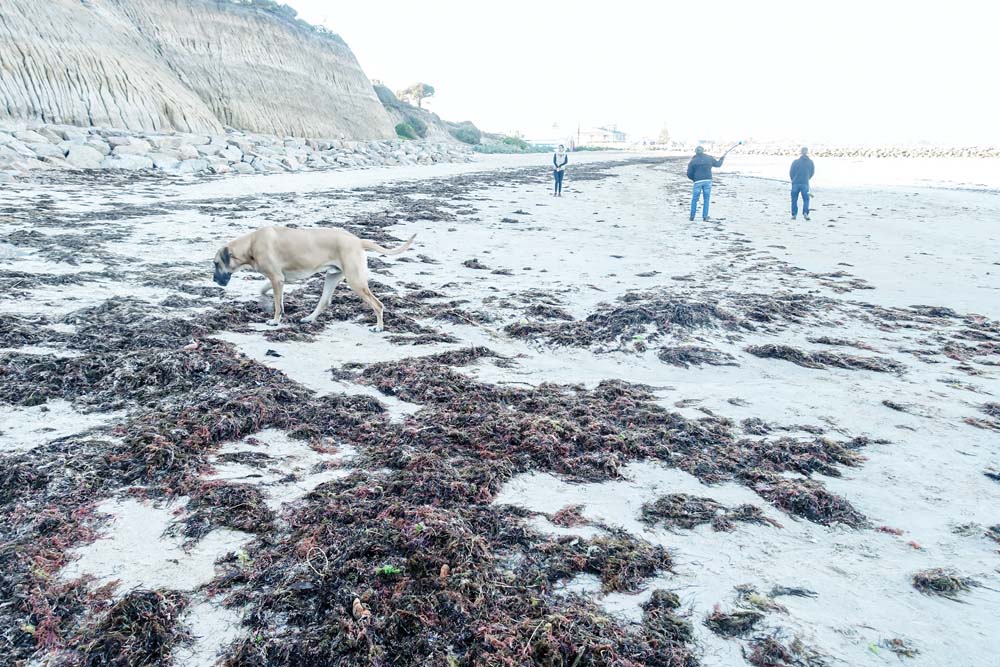 SEAWEED and litter build-up on Tassels Cove beach at Martha Cove is irritating one user who thinks the council should make a bigger splash in its clean-up efforts.

Ken May said the Marine Drive beach, between Mt Martha cliff and the entrance to the marina, was “neglected” by the council: “I and others who use the beach for many years have been disappointed with the lack of any significant plan and upkeep,” he said.

Mr May said in April he decided that, as the condition had got so bad, he would take up the matter with council. “My major concern is the massive [build-up] of seaweed on the beach, the lack of cleaning, the dreadful deterioration of the carpark and the entrance from the carpark to the beach,” he said.

The leash-free beach is used daily year round by residents from Mt Martha to Rosebud. Mr May said the condition of the car park had “gone from bad to worse to very, very bad”.

“As a former construction engineer I suggested how the problem could best and most economically be rectified,” he said. “This was ignored and counter commented that sealing of the car park would be preferable – well we know that will never happen.”

Mr May said a sweep of the part of the beach by the contract cleaner “after three or is it four months” was done too late to remove the dried seaweed. “It has now broken up and made the sand very dirty,” he said.

“The seaweed is still on the lower part of the beach and should be removed by front end loaders and trucks before it is washed back into the sea again to return later with the next storm.

“The carpark has deteriorated further, but who cares. We dog walkers will continue to daily clean up the plastic, dead spiked pufferfish (between six-15 a day in the past week) and other washed-up debris.

“We have cleared most of the rocks in the sand by hand but a few are too heavy for us, and nothing has been done to maintain the shrubbery in the past 10 years to my knowledge.”

The shire’s executive manager infrastructure services Jessica Wingad said Tassels Cove was a “very well used and highly valued part of the coastline for our community”.

The shire is pleased to regularly clean this section of coast in line with our routine maintenance program for all the beaches that we maintain across the peninsula,” she said.

“Shire-maintained beaches are cleaned every 10 days, weather and tide permitting. Given the natural value and dynamic nature of this section of coastline, seasonal changes can impact the amount of debris on the beach throughout the year.

“Natural coastal vegetation plays an important part in maintaining the stability of dunes and pruning of natural vegetation is only undertaken when access is compromised.