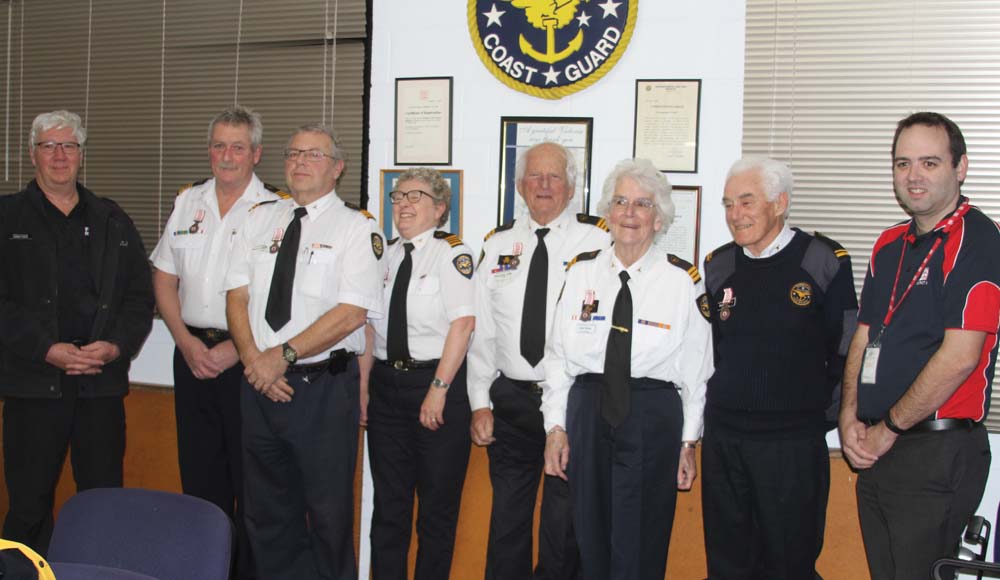 WHILE it’s more common to see CFA volunteers fighting fires in the bush, their Coast Guard counterparts are also around to keep boaties safe when there’s smoke on the water.

This year, the Coast Guard volunteers are celebrating 10 years of protecting bays and waterways on the water, and by supporting their CFA land-based firefighting counterparts.

The Coast Guard in Victoria began in 1961, with volunteers having the choice of training in marine firefighting for the past decade. Most flotillas are now also CFA brigades, with volunteers trained and prepared to battle all water-based incidents.

Volunteers complete a marine firefighting course run by the CFA, primarily based on structural firefighting training but adapted to fit the marine environment.

As with their land-based CFA colleagues, Coast Guard volunteers become busier as the weather gets warmer. “Once the season starts and the fish start biting we can have the pager going off on a daily basis,” Captain Ingram said.

The brigades carry fire pumps and ancillary equipment on their boats, which are about to be upgraded under a new government funding program.

If needed, the Coast Guard can take CFA members to marine fires and the trained Coast Guard volunteers can also add to the CFA’s surge capacity and respond to major disasters on land. They also take part in training with land-based CFA crews.

Traditionally, Coast Guard brigades have been predominantly male, but at Frankston a recent recruitment campaign led to six new female volunteers among 15 recruits.

The season will officially kick off with the blessing of the brigade’s fleet on 28 October.