Parties park their bids for votes 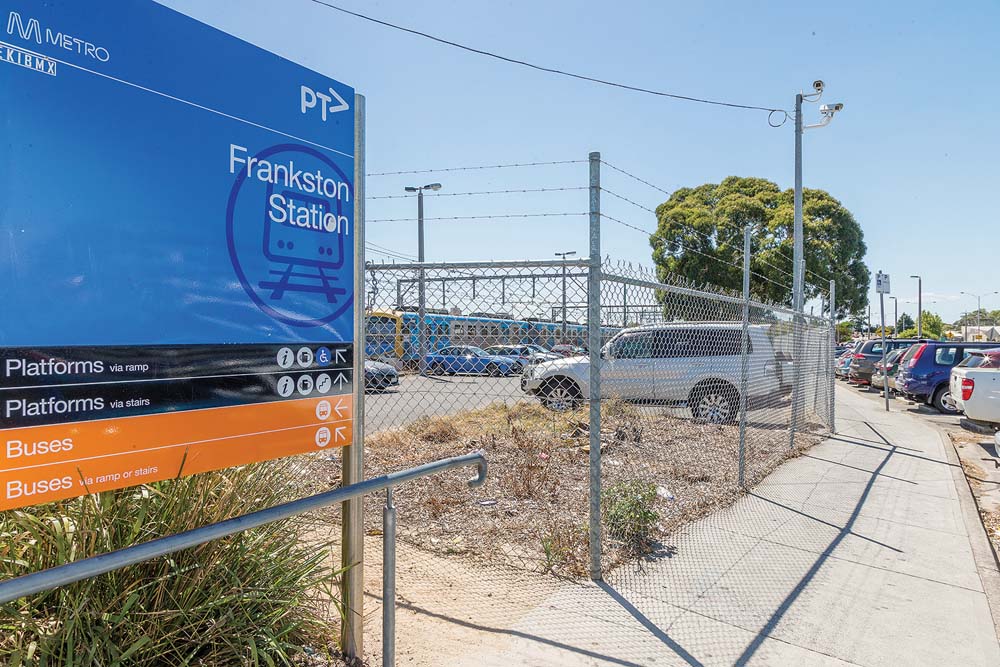 THE bid for votes at the 24 November state election is proving fruitful for train commuters with the Labor government offering 50 more spaces at Frankston station than the Liberal opposition.

In mid-September the opposition pledged to build a $30 million 450-space multi-deck car park and last week this was topped by Labor coming with a 500-space car park plan.

Labor’s promise will depend on the state government regaining office and the federal Labor toppling the government now led by Prime Minister Scott Morrison.

While neither the government or opposition has indicated where they plan to build the car park, it is not expected to be on Public Transport Victoria land which Already provides 416 parking spaces at the station.

Land owned by Frankston Council is likely to be needed for the multi-deck car park.

On weekdays the existing car park is full before 6.30am and train commuters are forced to park up to 500 metres away and pay as much as $13 a day.

She said the Labor government had “delivered a brand-new station with new public areas, upgraded pedestrian connections and a redeveloped Young Street”.

“As part of this investment, the Labor Government also carried out research to address parking issues at the station,” Ms Allan said.

“Now that this massive construction blitz is almost complete, a re-elected Labor government will get on with delivering 500 new car spaces.”

Ms Allen said the government was also “undertaking the business case and planning work necessary for a future extension of the Frankston line”.

“The Labor government is investing $2 billion in the Frankston line to improve reliability and run more trains, more often. The investment is creating over 2000 jobs removing 13 level crossings, upgrading signalling and power and building 10 new stations.”

More accessible and user-friendly car parking in Frankston CBD is one of the Committee for Greater Frankston’s main advocacy priorities.

The president of the regional advocacy group, Fred Harrison, said a multi-deck car park – at the station – now being proposed by both sides of state politics – had been sought for many years.

“Insufficient free and accessible parking has become a barrier to economic growth so [the] announcement by the state government is a good start, but it’s just a beginning as a solution to this major problem requires a much wider strategy,” he said.

“Traders, business owners, workers, commuters, shoppers and visitors are telling us Frankston’s economy can’t continue to grow unless the lack of car parking is solved.”

The committee has asked both the Labor state government and the Liberal opposition to extend the Frankston train line to Langwarrin and Baxter with large car parks at both locations.

“The Liberal Party at federal and state levels, and federal Labor have all committed to the project, but the Victorian Labor government has yet to do so. We urge the state government to join the other levels of government in funding this project.”