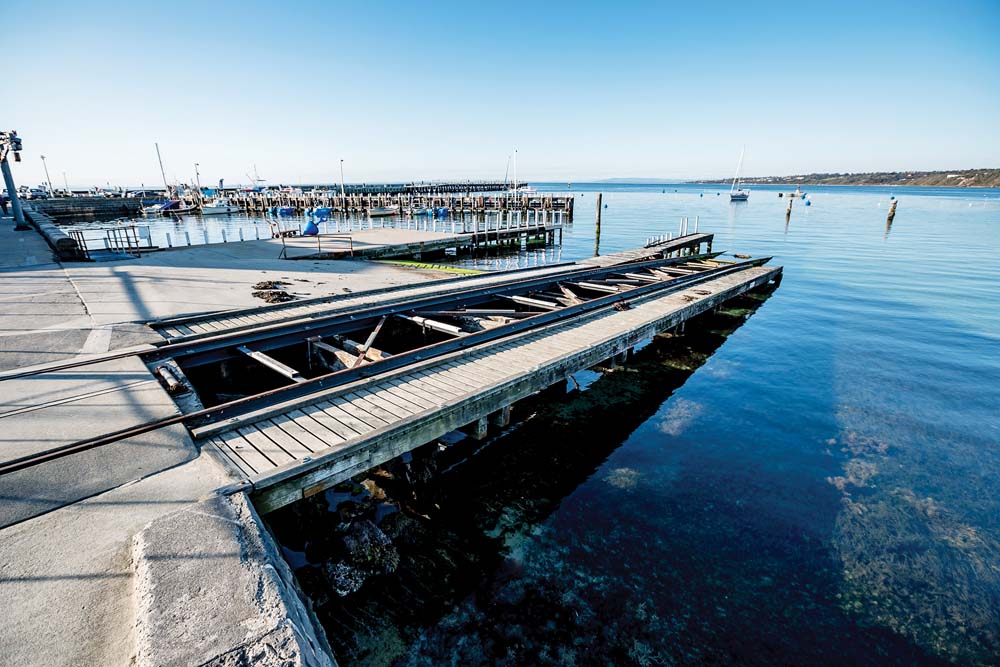 A DIVER surveyed and repaired the well-worn slipway at Mornington Yacht Club last week to ensure it was capable of carrying heavy yachts.

A relieved Commodore Bret Levenspiel said Thursday 27 September that the diver “did a hell of a lot of work” on the ageing timbers and supports before giving the slipway the ‘all clear’.

Members were told earlier this month that the slipway pilings had deteriorated due to naval shipworm and that the crossheads and rails were “compromised”. Some of the clamps were loose and that acrow props used to secure the slipway during the last slipping day had dislodged.

There is some urgency in getting the slipway shipshape as skippers will want their boats in the water by the club’s opening day, Sunday 21 October.

Commodore Levenspiel said members were “looking for a good weather window” to slip their boats last weekend and next.

“The highest priority is to have our fleet return to the water timely and safely,” he said.

“The safety of boats should always remain a concern as slipping is never without risk.”