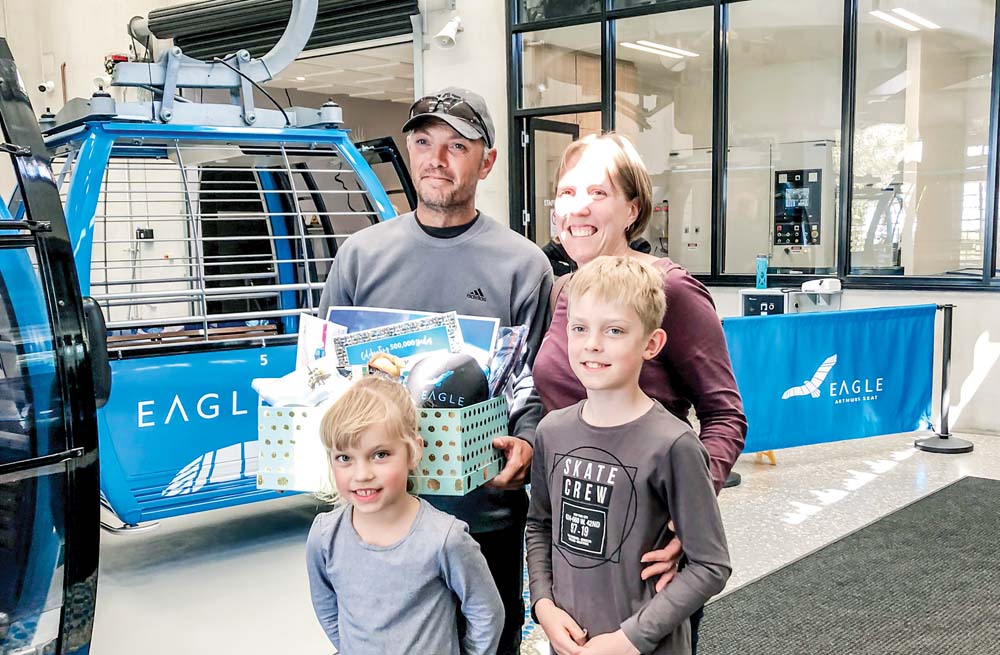 THE milestone of welcoming half a million visitors to the Arthurs Seat Eagle was reached on October 21.

The attraction has been soaring the heights of Arthurs Seat on the Mornington Peninsula since December 2016.

With guests enjoying the scenic views across Port Phillip Bay and beyond as they ride the state of the art gondolas from the base station near Dromana passing over beautiful State Park to the summit, 314 metres above sea level.

“This is such an accomplishment for The Eagle, after less than two years in operation we have welcomed our 500,000th guest.” said Madonna Walters, General Manager.

The lucky family who arrived at the summit station in gondola number 5 said they actually waited a bit at the base station and let another group go ahead of them in the ticket line.

Fortunately for the Jackson family from Lancaster, near Kyabram in the Goulburn Valley region of Victoria; Nathan, Karen, Bailey and Kayla, this meant one of their tickets was recorded as being number 500,000.

The family was gifted with an Eagle Prize Pack of local goodies, souvenirs and a return gondola flight along with an accommodation voucher from Peppers Moonah Links Resort, including Peninsula Hot Springs passes.