Time trial for The Bald Soprano 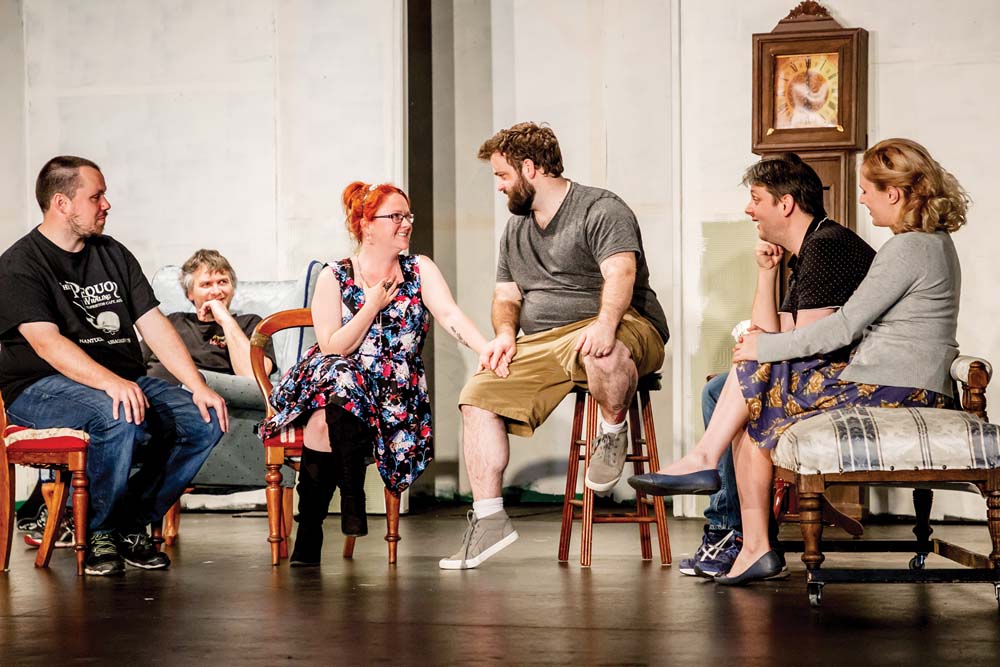 ROSEBUD Astral and the Rosebud Theatre Group will be presenting a joint theatrical event next month that the cast says is “not to be missed”.

The merged theatre group is presenting The Bald Soprano – a play with only one performance … but there’s a kicker. It goes for 30 hours straight and is an officially recognised Guinness World record attempt for being the world’s longest play.

Pre-sale tickets are available for the launch and for the finale, and walk-in tickets are $5 at all other times. The show is directed by Brendan Croft and the entire event is run by volunteers. Profits from ticket sales go to SalvoCare Eastern, Rosebud, to support local homelessness.

The Bald Soprano is a classic from the Theatre of the Absurd genre of plays. It explores the idea that talking does not always equal communication.

Audiences are not expected to sit through the whole 30 hours. The play has a built-in loop with 75-minute iterations. Patrons can come for one or stay for them all.

The play launches at 11.30am, Saturday 3 November, with cast introductions and media greeting, then the show starts at midday. Then, at 4pm, Sunday 4 November, the countdown begins to the final iteration and world-record glory – before the players take some well-earned sleep.

During the 30 hours patrons can come and go for a $5 donation. Tickets for the launch and final countdown will be available for presale with both standard seating and cabaret style table seating.