Hydrogen plant to get all clear 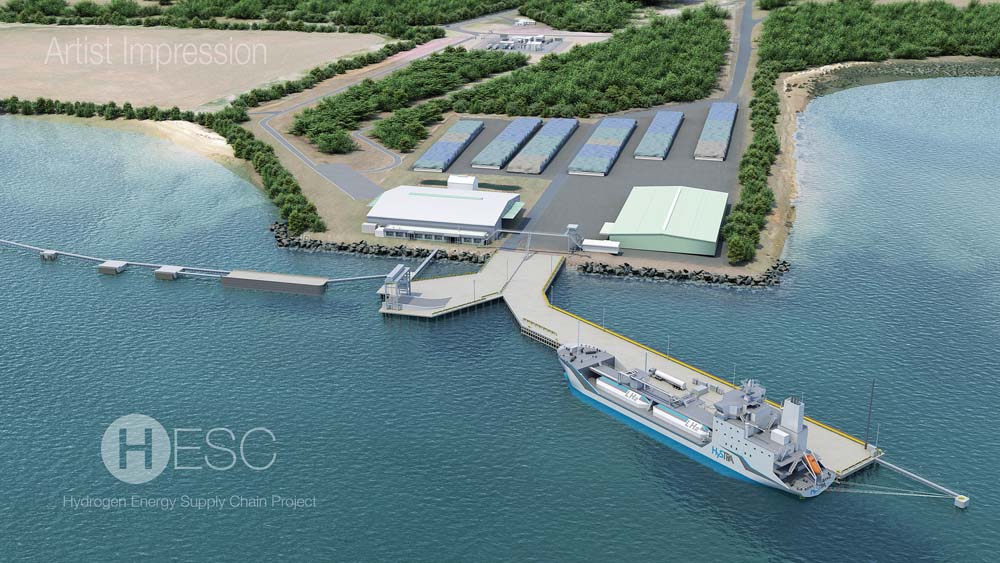 A PILOT plant at Hastings to turn hydrogen gas into liquid before being shipped to Japan is scheduled to be operating by 2020.

The state government has effectively bypassed Mornington Peninsula Shire by signalling its intention to amend the planning scheme to allow the hydrogen plant to proceed.

In April the state Labor government and the federal Liberal National coalition each gave $50 million towards the $496 million project to produce hydrogen from brown coal in the Latrobe Valley (“Parties unite over power” The News 17/4/18).

AGL is currently locked in a bitter dispute with Western Port residents opposed to its plans for a floating gas terminal at Crib Point and a gas pipeline to Pakenham.

The consortium behind the hydrogen fuel plant says extracting hydrogen for fuel from brown coal “is an exciting opportunity for Victoria and Japan to partner for mutual benefit and to work towards creating an environmentally sustainable solution which will put Australia on the frontline of the changing face of clean energy provision here and around the world”.

Mornington Peninsula Shire mayor Cr Bryan Payne last week said news of the government’s takeover of planning powers for the hydrogen project “sadly reflects on the state of planning in Victoria and raises issues of where public health and safety responsibility fits with government at both the federal and state level”.

“A condition of any permit which is raced through like this because government is in caretaker mode, should carry an iron clad guarantee from the state and federal government that the community will be fully supported financially if any social or health matters arise from this project,” he said.

Although the gas would be trucked to Hastings for the pilot plant, a pipeline around Western Port was planned if a permanent project proved viable.

Cr Payne said the decision on the hydrogen plant was the “third major intervention on planning being removed from the public light of day safety net” by the state government on the peninsula.

The other two issues involved changes to residential building heights “allowing three-storey McMansion style housing automatically for 25,000 homes” and setting up a panel to decide on an application by retail giant Kaufland to build a super store outside of the main retail areas of Mornington.

Meanwhile, HEA last week issued a statement saying it was “pleased to confirm” it was expecting the state government to change the Mornington Peninsula Planning Scheme to allow the hydrogen processing plant at Hastings.

The hydrogen gas, produced from brown coal in the Latrobe Valley, will go overseas while the CO2 released in the process is planned to be stored under the Gippsland Basin using carbon capture and storage (CCS) technology.

Pressurised tube trailers – one truck a month – will carry the gas to Hastings for the pilot project which is expected to last about one year.

“While we still await formal gazettal of the amendment, HEA understands that the Minister for Planning [Richard Wynne] has contacted relevant key stakeholders to advise of an imminent approval to amend,” Hydrogen Energy Supply Chain (HESC) spokesman Yoshino Yasushi said.

“The HESC project sees reputable and highly experienced Japanese and Australian companies collaborating and co-investing in the development of a new and exciting energy technology.”

Mr Yasushi said the hydrogen liquefaction, storage and loading plant at Hastings would have a “site footprint” of about 2.5 hectares.

“The site is highly-suitable because it has existing jetty facilities and is accessible using existing road transport routes,” he said.

No dredging of the bay would be required.

Mr Yasushi said the pilot project will be built and operated under strict environmental regulations with “a number of detailed plans and reports must be approved to the satisfaction of [Mr Wynne]”.