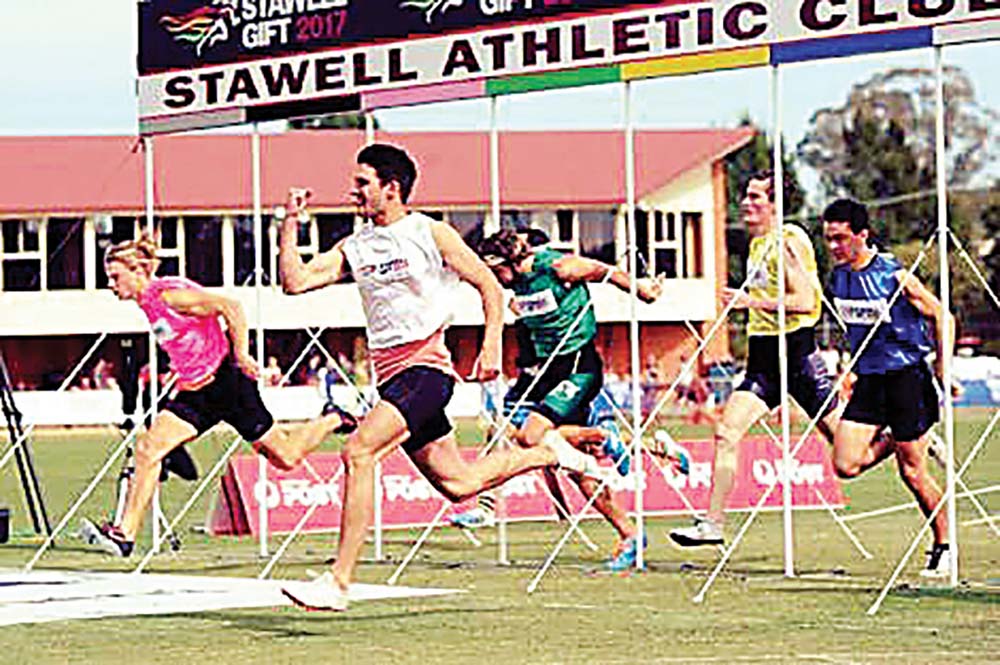 PRIDE Performance sprinter, Nathan Riali, will be out to try and claim the first ever running of the Hastings Gift on Saturday 17 November at Thomas Barclay Oval, Hastings.

The Ivanhoe resident who travels down to Seaford and Frankston to train under head coach Matt Carter certainly knows what it takes to win a Gift.

Having been competing across the country for the past five years, Riali has won the 2014 Ballarat Gift, the 2014 Northcote Gift, the 2016 Davenport Gift and the 2017 Rye Gift. He even finished second in the iconic Stawell Gift just last year.

Riali said he now hopes he can go a long way to winning the $8,000 purse that’s up for grabs in the Men’s Gift.

“I’m really excited for it,” he said. “The squad has put a lot of hard work in behind the scenes to get ready for it.”

“Training with Matt Carter has definitely helped. We’ve been training about six times a week in the normal build-up but we’ve started to taper off a bit now so that we’re right to go for the main day.”

“It certainly will be a great event and I’m really enjoying it and that’s the main thing, to be loving what you’re doing.”

Since joining the Gift’s circuit in 2013, Riali has moved his handicap down from 5.5 metres to 2.5 metres which he believes he’ll be close to running off at this year’s Hastings Gift.

Despite having a lower handicap, Riali said he’ll still be in it to win it.

“I’m definitely going to give it a good crack,” he said.