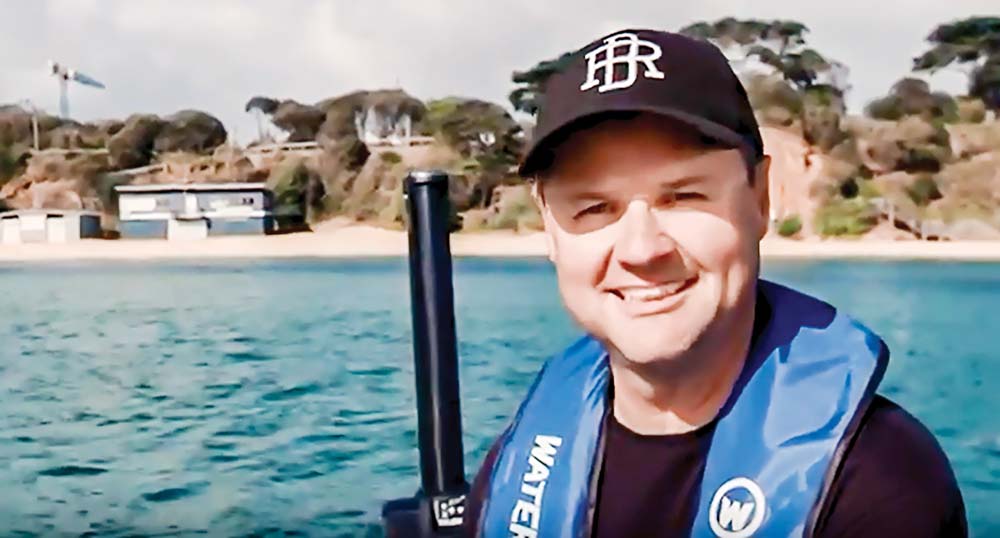 Boat owners using Port Phillip and Western Port are being asked to make sure they are not spreading marine pests that can “cause significant harm to the health of marine ecosystems”.

Parks Victoria’s Chief conservation scientist Dr Mark Norman said it was vital to protect the state’s marine waters which supported more than 12,000 species of plants and animals, “90 per cent of which are found nowhere else in the world”.

“Marine pests are highly invasive animals and plants, usually from other parts of the world that have become established in Victoria and cause significant harm to the health of marine ecosystems.”

Included on the list of marine pests are the invasive northern-Pacific seastar and Japanese kelp (wakame), which damage marine ecosystems through predation or competition with native species.

“They reproduce quickly and once established are virtually impossible to eradicate, such as has occurred in some parts of Port Phillip,” Dr Norman said.

Parks Victoria says boats should be checked for pests, cleaned with fresh water and dried before being launched.

A survey of recreational marine users has found 70 per cent knew little or nothing about marine pests and that they can be spread by all kinds of vessels (including kayaks) and equipment such as wetsuits, diving gear, and toys.

Around-the-world sailor Jessica Watson and fishing expert Paul Worsteling are appearing in an online video campaign to warn of the dangers of marine pests.

“We all know how important it is to clean your boat from a maintenance perspective but it’s also really important to clean it properly to avoid the transportation of marine pests, even if you’re moving to a different location on the same day,” Mr Worsteling said.

Details about marine pests and how their spread can be prevented is on Parks Victoria’s website or call 136 186 to report any sightings of marine pests.