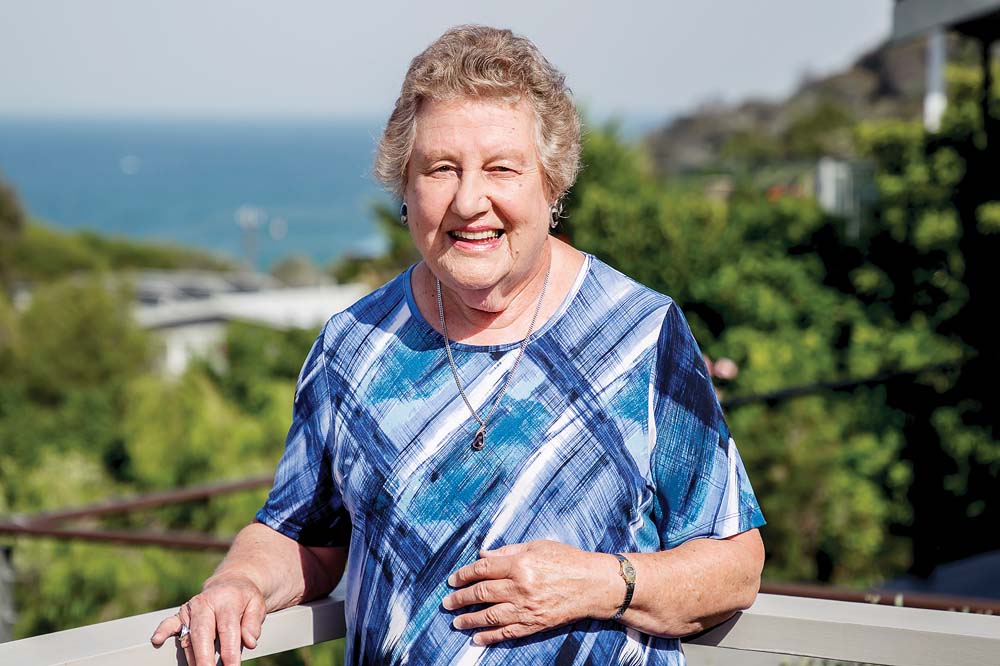 SOUTHERN Peninsula Food For All stalwart Diane May Falconer, of Mt Martha, has been awarded an Order of Australia Medal (OAM) in the General Division in this week’s Australia Day honours list for service to the community through charitable organisations.

Ms Falconer has been secretary of the Southern Peninsula Community Fund since 1998, a member of the executive committee since 1986, and a volunteer since 1986.

She coordinated Food for All 1971-2016, was secretary 1995-2016, was a founding member of The Pudding Club, 1971-1993, former member, coordinating committee, Mornington Peninsula Christmas Giving, and coordinator, Motorcycle Annual Toy Run, 2009.

An Order Of Australia Medal has been awarded to Neil David Armstrong, of McCrae, for service to the community over many years. The former Mornington Shire councillor is a board member of Metropolitan Ambulance Service and other non-profit organisations.

“I have worked with many wonderful people over the years, which has enriched my life. I hope in some small way my contribution has been useful,” he said.

In 2005, he drove a Citroen 2CV, known as Henri, around mainland Australia in 18 days to raise money for the Royal Flying Doctor Service.

He has served on the Peninsula Hospice board, Homeless Persons Council, Wesley Central Mission (Do Care), his local school council as chairman, as well as undertaking a number of special assignments in various emergencies around Australia.

In 2001 he and former federal government minister Ian Sinclair were appointed to examine the viability of One City at Albury Wodonga. More recently, Mr Armstrong has served on the board of Andrew Kerr Care at Mornington. He is a justice of the peace.

Dr Bronwyn Eleanor Hughes, of Mt Eliza, has received an Order of Australia in the General Division for service to the visual arts.

She serves on committee and advisory roles with GLAAS Incorporated (Glass Light Art and Architecture Synergies), National Trust of Australia, Victorian Division, Architectural Glass Design Australia and the Duldig Studio, Malvern, of which she was founding member and vice-president 2002-2014.

She was a member of the Public Art Reference Group at the City of Frankston and served on the Australia International Council on Monuments and Sites.

Sonya Loader, of Mt Eliza, has received an Order of Australia in the General Division for service to youth through scouts. She has been group leader at the 1st Ranelagh Scout Group since 2006, assistant group leader, 1997-2006, assistant cub scout leader, 1983-1995 and an active member since 1982.

“I love seeing young people develop,” she said. “They learn so many skills through scouting which help them cope with everyday life. We have venturers doing so many amazing things and coming out as amazing adults.”

Judith Roberta Pettitt, of Mornington, has received an Order of Australia in the General Division for service to public administration.

Robert John Fergusson, of Main Ridge, has been awarded the Ambulance Service Medal in the Australia Day Honours.

Mr Fergusson served Ambulance Victoria for 39 years as a paramedic and clinical manager. In 2010 he helped to establish a clinical quality framework for adult retrieval Victoria. He liaised with medical retrieval specialists to institute systems that pioneered clinical governance in the field. His clinical expertise and experience were said to be vital in ensuring the success of these new systems now used by Ambulance Victoria. In his role as clinical manager, metro east he has provided dedicated coaching to, and mentoring of, paramedics who have worked under his direction.

Ricky Charles Cooper, of Mornington, has been awarded the Emergency Services Medal in the Australia Day Honours.

Mr Cooper is involved with Volunteer Marine Rescue (VMR) Mornington and Hastings. During 18 years of volunteer service he has progressed through the ranks and is a Marine Rescue coxswain, taking boats to sea on sometimes hazardous rescues day and night. As VMR’s president he coordinates control, deployment, care and maintenance of the VMR’s five rescue boats. He also plays a role in managing the group and has represented all of the independent volunteer marine rescue groups in Victoria.