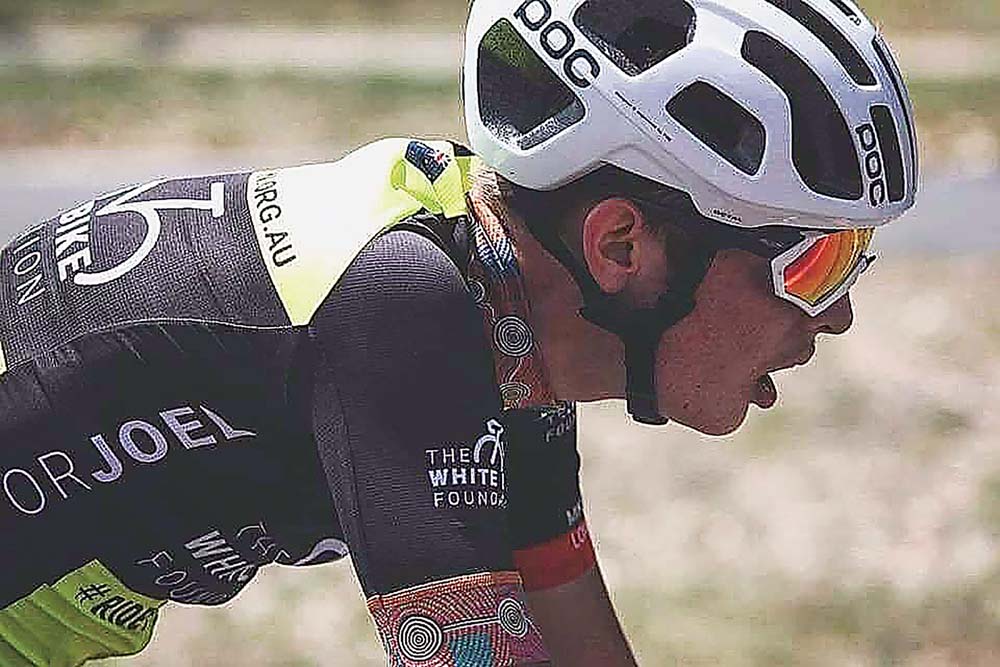 MORNINGTON Cycling Club member Jack Marshall took on some of the country’s brightest talent in the 2019 Road National Championships at Ballarat on Friday 5 January.

The Joel Hawkins scholarship holder had been dreaming of riding in the race for the past year and as a bottom aged under-23 rider, the experience of competing at such an elite level had always been the goal.

Marshall missed the cut for the under-19s by just a few months but held his own in the older age group despite getting caught up in a crash along with most of the field.

“My plan was to start at the front of the field and shuffle back up the climb if necessary, but to my surprise I didn’t find the climb too crazy and found myself enjoying the fact that I was fighting some of the best riders in the country, that I look up to, for wheels and better positioning in the bunch,” Jack Marshall said.

“Around the back of the course there was a crash in which most of the field got caught up, including myself, and when the guys at the front realized what had happened they strung it out before heading into the University, to try and drop as many people that got held up as possible.

“From here the race was carnage and a mad scramble for wheels which caused me to be too far back in the bunch through the uni, meaning I was wasting a lot of energy sprinting out of corners to almost immediately slow down as the rear of the bunch bottle-necked around the next corner.

“After this I had no legs left and was dropped with a few other guys heading out of the uni back into town, and slowly our group got bigger as we picked up more and more people.

“We all rolled good turns to try and hang in the race as long as possible but eventually we were pulled by the commissaire as we started our sixth lap of the course, when we were 10 minutes behind the front of the race.”

Marshall said he was slightly disappointed with the result but overall was really happy with the experience that he had gained from competing in it.

His efforts in the race didn’t go without plenty of preparation as Marshall spent several weeks getting ready for the nationals.

“I was lucky enough to stay up in Bright for a week long training camp after the Tour of Bright with some other Mornington club members, and focus purely on training in the mountains with mates, which I feel really helped me find some good form at the start of the final training block before the race,” he said.

“My program for the rest of December consisted of mainly high intensity efforts, and a lot of six minute VO2 efforts to simulate the nationals climb, which the race tackled 11 times.

“The week before the race myself and Alex Holden, who is also from the club, went up and rode the course in Buninyong for five hours too.

“Being comfortable doing efforts in the same place that the race took place was a lot better than trying to simulate the climb from home, and I was also pleased to be able to recon the more technical section of the course through Federation University.”

Now with a whole year ahead of him, Marshall said he was looking forward to putting in another “great year of training” before targeting the Road National Championships again in 2020.