Hunt under pressure of coup fallout 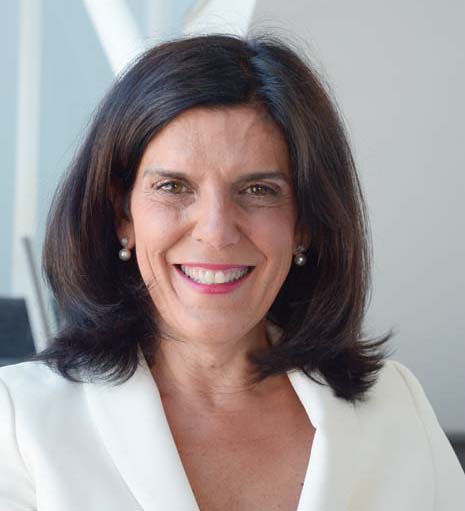 JULIA Banks finally broke cover on Thursday last week with an “announcement” that had been rumoured for weeks: she will stand as an independent candidate for Flinders at the May federal election.

In doing so, Ms Banks will campaign against her former Liberal colleague, Greg Hunt, who has held the seat since 2001.

Adding fuel to the Flinders electoral ire, it was leaked Friday afternoon that Labor’s candidate would be broadcaster and head of journalism at the Australian College of the Arts, Tracee Hutchison.

Labor sources would not confirm her candidature, but said the party’s administrative committee would make an announcement Friday (February 8).

Statistically, it seems an uphill battle for Ms Banks as Mr Hunt won more than 50 per cent of the primary votes at the 2016 election.

Ms Banks says she has yet to determine where her preferences would go, but it would be a strange move to allocate them towards her main adversary, Mr Hunt.

Ms Banks – an outsider who won the former Labor stronghold of Chisholm for the Liberals at the 2016 election – believes Mr Hunt has lost support because of his role in last August’s coup that saw Malcolm Turnbull lose his prime ministership.

A second round of voting saw Scott Morrison take the helm and keep Mr Hunt as Health Minister and Mr Dutton as Home Affairs Minister.

In November, Ms Banks renounced her Liberal credentials and moved to the crossbench, further destabilising the Morrison-led government.

On Friday last week, several of Ms Banks’s former parliamentary colleagues were accusing her of betrayal and “seat shopping”. It was also revealed that Malcolm Turnbull’s son Alex was “involved” in her bid to oust Mr Hunt, who holds Flinders with a comfortable margin of 7.8 per cent.

It is Mr Hunt’s support for Mr Dutton that Julia Banks believes will give her the votes she needs to win Flinders as well as changes in electorate boundaries and the fact that she’s “not a member of any political elite”.

More uncertainty about Mr Hunt’s popularity with voters follows the November state election Labor landslide that saw the Liberals lose the southern peninsula seat of Nepean, which provides a large part of his support base.

However, Ms Banks says she is not underestimating the number of Mr Hunt’s supporters and the Liberal Party’s willingness to “put a lot of money in” to ensure his political survival.

Mr Morrison on Friday reportedly “laughed off” the threat by independents like Ms Banks while asserting that Mr Hunt had “worked like a Trojan for his community”.

Mr Hunt’s message on the day, repeated on radio, television and in newspapers, was summed up by the first sentence of a statement issued by his office: “I will continue to work hard delivering for the people of Flinders.”

His statement did not mention Ms Banks or why he felt the need to even make a statement.

Mr Hunt and Ms Banks (who says Mr Hunt has not spoken to her since September) have both been emphasising their “local” credentials when interviewed by the media.

Mr Hunt was born and educated on the peninsula; his children were born at the hospital where his wife had worked and now attend local schools.

Ms Banks and her husband Michael have owned a house at Red Hill for over 20 years. Her parents lived in Mornington for many years: her father until his death in 2007, and her mother until only a couple of years ago.

When announcing her departure from Liberal ranks in November, Ms Banks was scathing of “members of the [Liberals’] reactionary right wing” claiming “the coup was aided by many MPs trading their vote for a leadership change in exchange for their individual promotion”.

“Their actions were undeniably for themselves, for their position in the party, their power, their personal ambition, not for the Australian people who we represent, not for what people voted for in the 2016 election, not for stability, and disregarding that teamwork and unity delivers success.

“The Liberal Party has changed. Largely due to the actions of the reactionary and regressive right wing who talk about and talk to themselves, rather than listening to the people.”

Even though she is standing as an independent, Ms Banks last Friday told The News that she still held to “centre liberal values”, something the coup plotters had forsaken in the name of ambition. She frequently, and admiringly, refers to former foreign affairs minister Julie Bishop, whose political ascendency took a backward step as a result of the coup.

Ms Banks says the plotters have never explained their reasons for the coup. “It was all about ambition and self-interest, there was no business case for it. There are still no answers as to why they got rid of Turnbull.”

Ms Banks is certain “traditional Liberal voters are fed up; too many politicians take people for fools”.