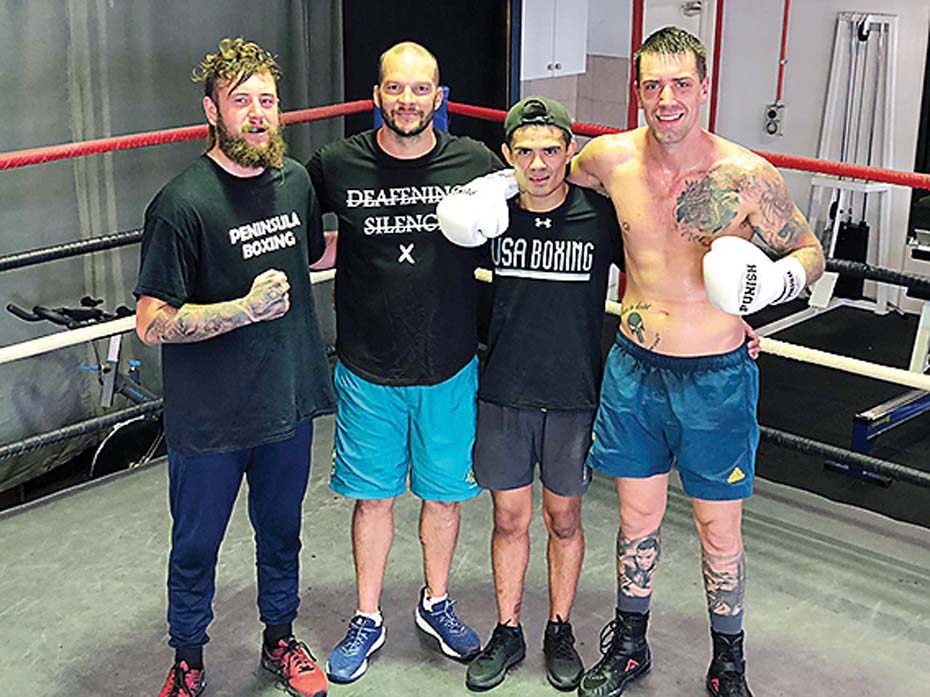 PENINSULA Boxing will be out to kick off the year in style when they line up in the inaugural Wild Fighter promotions card held at new boxing venue The Timber Yard, Port Melbourne on Saturday 23 March.

Commonwealth Games silver medallist and unbeaten cruiserweight boxer, Jason Whateley (2-0, 1 KO), is set to headline the card in his third career fight as a professional. His opponent is yet to be determined but it’ll be Whateley’s first time entering an eight round match-up.

Fellow Peninsula Boxer, Lochie ‘Bubba’ Higgins (4-2, 2 KO), is also locked in to fight the “tough as nails” Mark Smith (5-4-2) in a six round battle in the super middleweight division.

Higgins will step up into the super middleweight division for the first time but it has been a move which Peninsula Boxing head coach Marcos Amado has planned on making for a long time.

Amado said this year will again be an improvement on the last with more targets set to be hit this time around.

“Everyone is flying,” Amado said.

“2019 is going to be a big step up year and we are going to try and get six fights in for each of our professionals.

“A couple of them only had the two fights last year which is a lot of time between outings so we’re looking to step it up this year.”

Following the inaugural Wild Fighters card, Peninsula Boxing looks set for a massive night on Saturday 27 April where Whateley, Higgins and Jai Alexander will compete on the same card for the first time.

To add to the occasion, undefeated professional boxers, Alexander (9-0, 6 KO) and Whateley, are both set to fight for titles on the Kings of Kombat card.

Higgins’ opponent is yet to be confirmed.