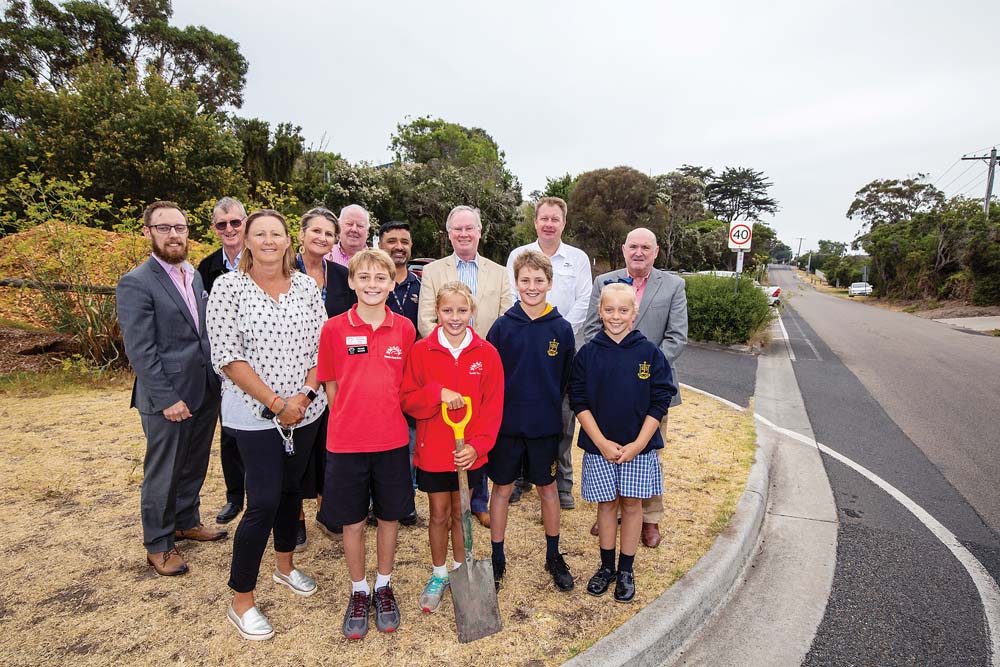 DESPITE work about to start on the footpath and road upgrade in Coppin Road, Sorrento, the gulf between those wanting it and those opposed is as wide as ever.

Geoff Allen says the project was “ill-conceived, poorly planned and administered, and a significant waste of ratepayers’ money”, while Cr Hugh Fraser says it will “benefit residents, businesses and visitors; the Sorrento community is looking forward to seeing [it] come to fruition”.

Works will start on the up-scaled $900,000 project next month, after almost four years of claim and counter claim. It will take four months to complete.

The scope of the works has ballooned with the shire’s project delivery manager Derek Rotter saying early plans had the path crossing Coppin Road to avoid a steep embankment. After residents expressed safety concerns more money was allocated to keep the path on the same side of Coppin Road its entire length. This involved building large retaining walls and implementing changes to the kerb and road alignment.

“To address these concerns the project’s scope was again increased to widen the road and install raised platforms for traffic calming,” Mr Rotter said.

“In December 2015, when council decided to go ahead with this project, fewer than two in five property owners were opposed to it. A large number then voiced their safety concerns [which] were addressed by increasing the scope of works to design a safer footpath and road environment for all users.”

“Construction is due to start in March and the tender accepted by the council in December was more than $586,000 higher than the original estimate,” he said (“Footpath costs” Letters 30/1/19).

“The next time you get a higher rate notice or read of one of our councillors going on an overseas junket, just keep it in mind when you vote at the 2020 elections.”

Mr Holmes is being asked to cough up $4400 as his share of the costs.

Mt Eliza resident Geoff Allen – who has property in Coppin Road – described the cost blow-out from $370,000 to almost $1 million as “extraordinary”. He said it was made worse by the fact that the footpath was opposed by almost 90 per cent of the affected residents.

“This is a scheme that involved no genuine resident consultation or survey,” he said, comparing decision-making processes within council to scenes from the Yes, Minister television series.

“Administrative bungles were evident throughout. What finally went to tender bears little resemblance to the original scheme. The distribution of costs between residents is contrary to the original council decision,” Mr Allen said.

“The negative impact of the footpath and associated roadworks on the seaside environment will be highly regrettable.”

Erica Bryan, of Sorrento, is looking forward to work starting. “I walk up this road almost every day with my small dog and it has been a nightmare,” she said.

“Such a dangerous road with the bus and cars coming towards you and nowhere to go. Children going to school in Kerferd Road will be much safer.”

“Ensuring local roads and pedestrian paths are maintained to a high standard is an important shire function,” Cr Fraser said.