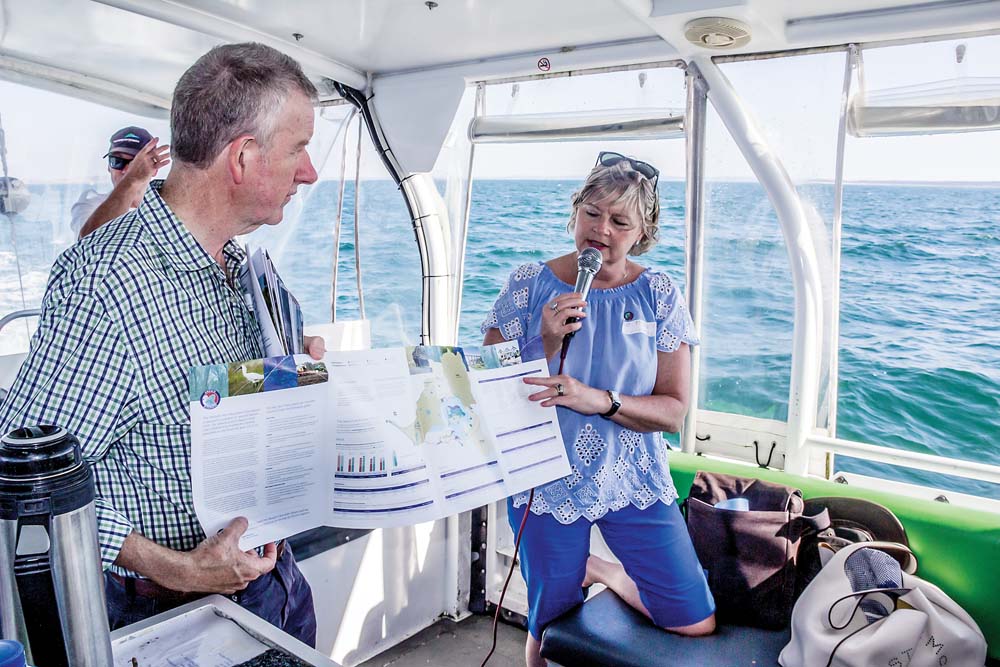 The trip enabled the passengers to “explore one of the peninsula’s most internationally significant regions”.

The Western Port Ramsar wetlands near Hastings is part of the United Nations (UNESCO) declared special biosphere reserve of the Western Port catchment and is one of only nine biospheres in Australia.

The research by Melbourne water, Understanding the Western Port Environment, looks at how best to protect the bay and its significant local and international natural habitat.

The shire says “expert guides” spoke “passionately” about preserving the wetlands “and the flow-on impacts to native bird life, seagrasses and mangroves”.

The mayor Cr David Gill said the “common thread from all attendees was the importance and immediacy of protecting this unique biosphere reserve”.

“We heard from a number of subject experts discussing a range of topics from importance of the region for migratory birds, sea grasses and mangroves to industry, fishing and tourism ventures,” he said.

“The key theme expressed throughout the day was sound management and protection of this environmentally sensitive region was essential.”

He said the disappearance of migratory birds “in places like Tasmania” increased the importance of preserving wetlands in Western Port.

Gill said the wetlands helped make the peninsula “special” and their contribution “to the amenity, lifestyle and wellbeing of our residents and visitors should never be underestimated”.