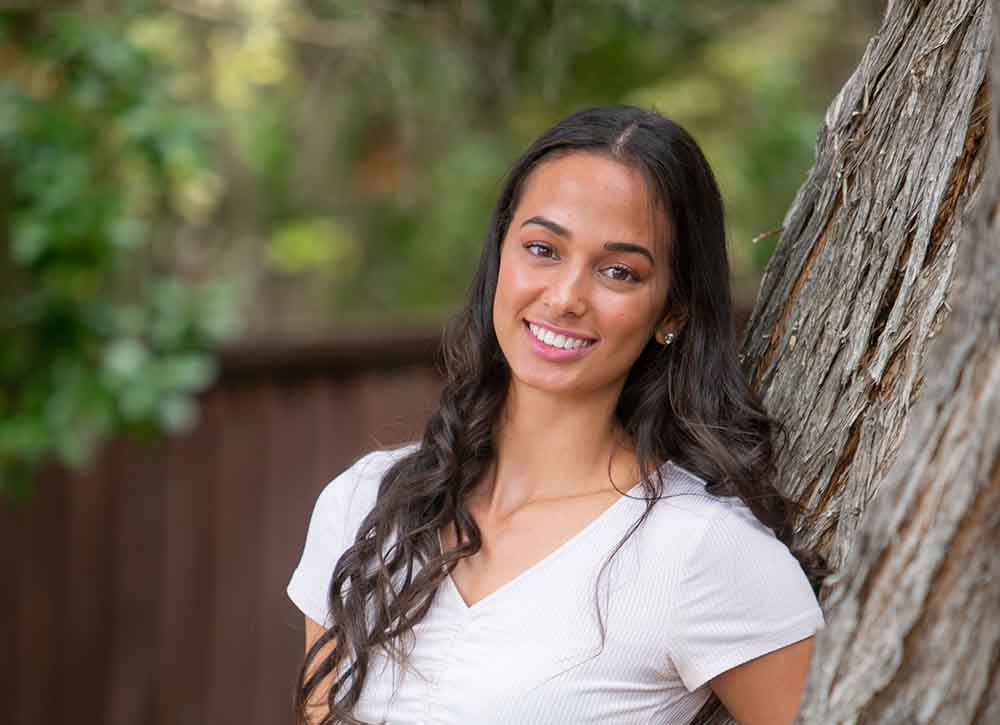 ROSEBUD’S Annalise Magee came across the Miss Universe Australia 2019 competition on Instagram and decided she’d “give it a go and see what would happen”. Then promptly forgot about it.

One month later, she received an email saying she was one of 30 Victorian finalists.

The pressure was on, not the least of which was her fear of being up there on stage and the centre of attention.

“I’m used to being on the stage, but only for aerobics,” she said. “For me, public speaking has never been my forte and is one thing I wish to become better at during this experience.

“The only way to learn something and become better at it is by practising, even if that means I need to force myself to get on stage and speak. Conquering one big challenge will make all other tasks seem smaller and effortless.”

At 18, Annalise says she is one of the youngest competitors, but that’s not a drama: “If anything it makes me more determined as I’ve just finished school and I’m ready to explore the world.”

The former Rosebud Secondary College student is starting a four-year bachelor of education (honours) degree at Monash to become a primary school teacher.

Annalise said her friends were “very excited to see what will happen and are supportive of this journey”.

“I’m aiming to raise $2000 but, as I don’t have a big following on social media like some of the other contestants, it is hard to spread the word.”

Annalise wants to increase public awareness of ToyBox International – a charity which supports sick and disadvantaged children in hospitals. The money she raises will go towards Starlight Express Rooms, which she says will be filled with arts and crafts for the children, with money also going towards equipment and better facilities.

“I love the idea of children having a space to become totally immersed in arts and fun activities,” she said.

“They will be able to escape their daily pain and agony and letting creativity take over and simply enjoy being children. Every kid deserves a healthy and happy childhood just like I did. I am so excited to get my fundraiser up and running.”

Annalise plans to have her teeth whitened before the state finals of the competition at The Sofitel on Collins on 10 March as well as meeting the other girls; doing a fitness class, and attending a makeup-and-brow workshop.