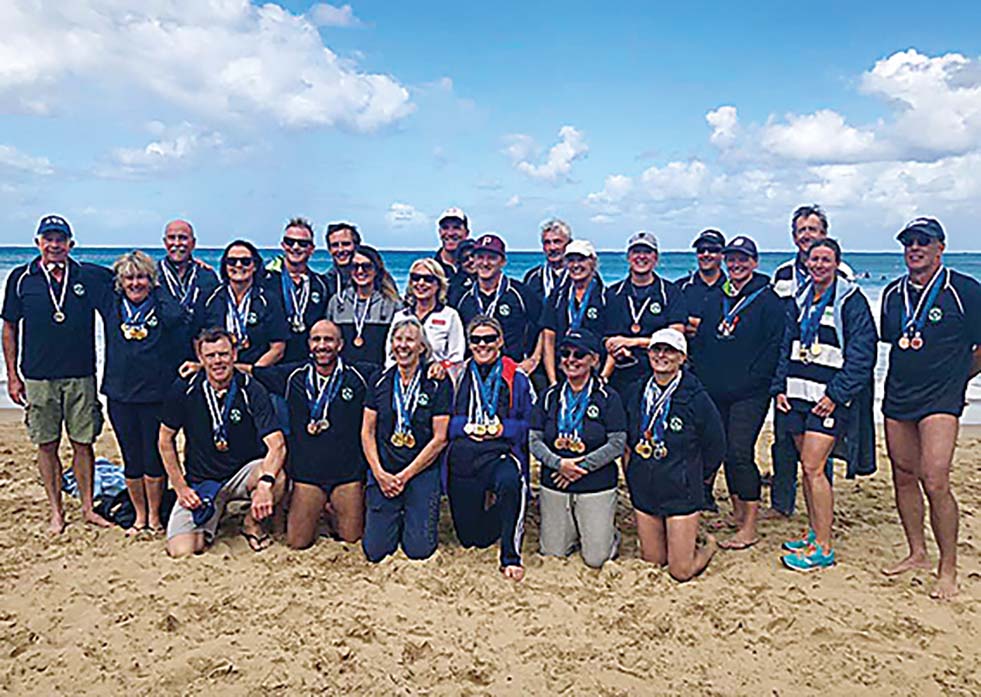 MOUNT Martha Lifesaving Club has been crowned Victorian Masters Champions for 2019 with a victory at Lorne on Saturday 9 February.

The annual Masters’ event saw more than 30 clubs from across Victoria and more than 300 competitors enter the competition.

Mount Martha Lifesaving Club president and Masters competitor, Bec Gibbs, said it was a fantastic day overall and even better to claim the Master championship.

“A lot of our Masters’ are mums and dads who started out when their kids joined and decided to try out lifesaving themselves.

“They’re great role models for all of our competitors and I’m super proud of all of their efforts.”

Overall, the Frankston and Mornington Peninsula region was quite successful at the state championships.

The Nippers (five to 14-year-olds) followed it up on the Sunday at Lorne after gaining inspiration from the adults, the day before.

The Nippers will return to Lorne again on Saturday 23 February for the 2019 State Nipper Titles where more than 1,200 juniors are expected to enter the competition.