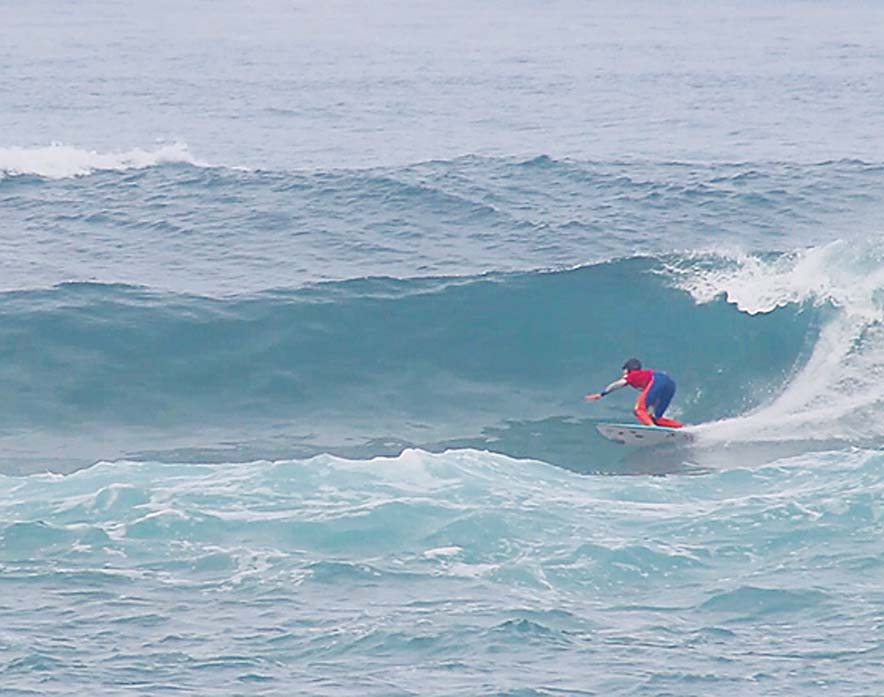 THREE young Mornington Peninsula surfers have signalled they are contenders for state-level recognition following the first round of the Victorian State Junior Surfing Titles at Gunnamatta.

While mainly west coast surfers dominated during the two-day contest (16, 17 February), brother and sister Sara and Lucas Hickson and Sarsha Pancic showed the peninsula’s young surfers are a growing force.

While surfing her way to third place Pancic scored 9.43 for a wave, giving her the highest single wave score in her division.

Surfing Victoria said Pancic, 12, who won her way into the semi-finals, was “able to put the other girls in her heat in a combination situation and hold a stranglehold of the highest scoring wave of the day, which is a whopping achievement for one of our up and coming female surfers”.

Despite a record number of entries in the under-14 girls division, Sara Hickson was able to put together a heat total of 15 out of 20, including an eight and a backup seven point ride in the “pumping rip bowl conditions”.