Crowds at Hastings for festival weekend 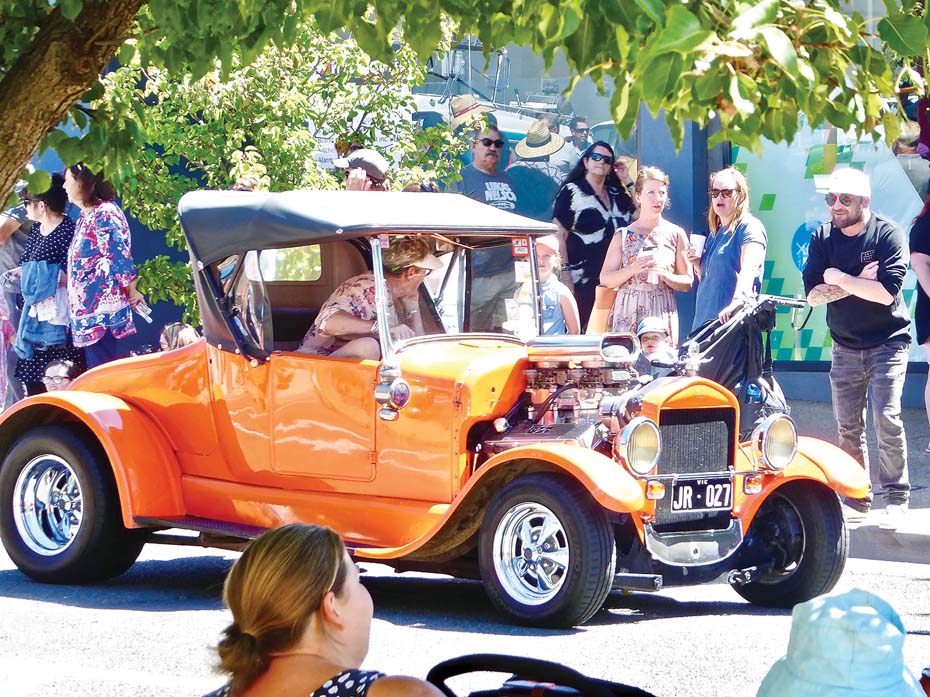 AN estimated crows of 4000 people was in Hastings for the 50th Western Port Festival on the weekend to watch the parade, enjoy music, and participate in free activities.

Organisers were “very happy with the turn-out” who took in the action on the foreshore, including Sunday’s Classic Car Show with 200 British, US and European cars, Battle of the Bands, rides and attractions, sand sculpture, competitions, amusements, community market and fireworks display.

For the little ones, Children’s Corner offered art and craft activities and a workshop, teddy bears’ picnic, gift making, lolly art and craft and story-telling, games and books.

The Save Westernport group’s entry was based around giant eastern curlew puppets made by artist Ian Cuming.

Save Westernport is using the eastern curlew as being representative of bird and marine life it says will be endangered if power company AGL is allowed to moor a floating gas terminal at Crib Point.

“We hope that by representing its endangered wildlife, people will be reminded people why Western Port is so important. From their laughter and squeals of delight, the kids watching the parade certainly seemed to enjoy their colour and movement” group member Kate Wilkins said.