“Buddy Holly & The Beatles” – Together Live In Concert 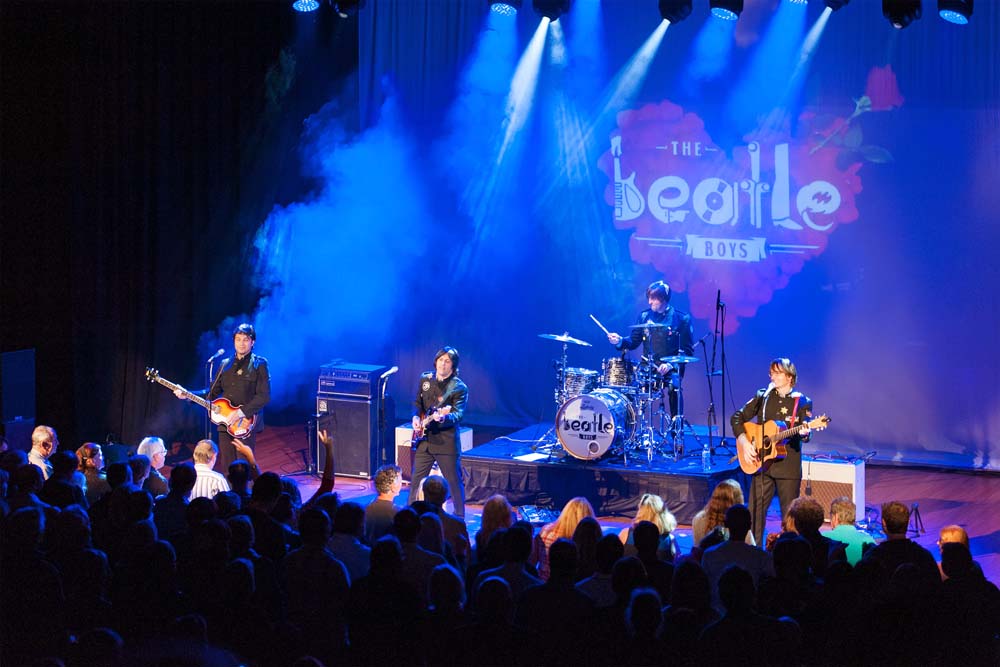 HEY Rock & Roll music fans the wait is over – “Let’s go back to where it all began” as we relive the magic & the great hits of legendary music icons Buddy Holly & The Beatles Together Live In Concert.

Buddy Holly & The Beatles shook the world in the 50’s & 60’s with their massive chart hits that are still timeless & popular 50 years on with over 400 million record sales between them this will be a concert experience not to be missed with hit after massive hit.

After sold out concerts in Australia audiences will absolutely be blown away & mesmerised by Internationally Renowned Artists Scot Robin & The Beatle Boys as they perform all the world wide classic hits that made them Superstars of Rock n Roll.

After a hugely successful run on the West End London – the show came to our Australian shores and sold out theatres all across the country!

The first Australian actor worldwide to land the lead role!

In September 2004 Scot performed in Buddy’s home town of Lubbock Texas where he met with Buddy’s family and widow Maria Elena Holly to celebrate Buddy Holly Week, an annual event set up by Sir Paul McCartney.

In this brand new production show Scot Robin will showcase his unique talents that made the West End Producers proud & raving about his sensational performances as he performs all the classic Buddy Holly hits such as – That’ll Be The Day , Peggy Sue, Raining In My Heart, Rave On, “Maybe Baby”, “It’s So Easy” , “Everyday” and of course Oh Boy, plus many many more !

They have the biggest collection of authentic Beatle instruments of any Beatle band in the country, and that is one of the reasons why they can capture the sound of The Beatles so accurately.

You will hear all the huge hits of of The Beatles such as She Loves You, All My Loving, I Saw You Standing There, Can’t Buy Me Love, Please Please Me, I Wanna Hold Your Hand, Eight Days A Week and many, many more.

The FIVE legends will perform over 40 international hits one after the other in this breathtaking & very exciting Rock & Roll musical event.

This International Production show will have audiences dancing in the aisles!

Rock & Roll fans this is a show not to be missed!