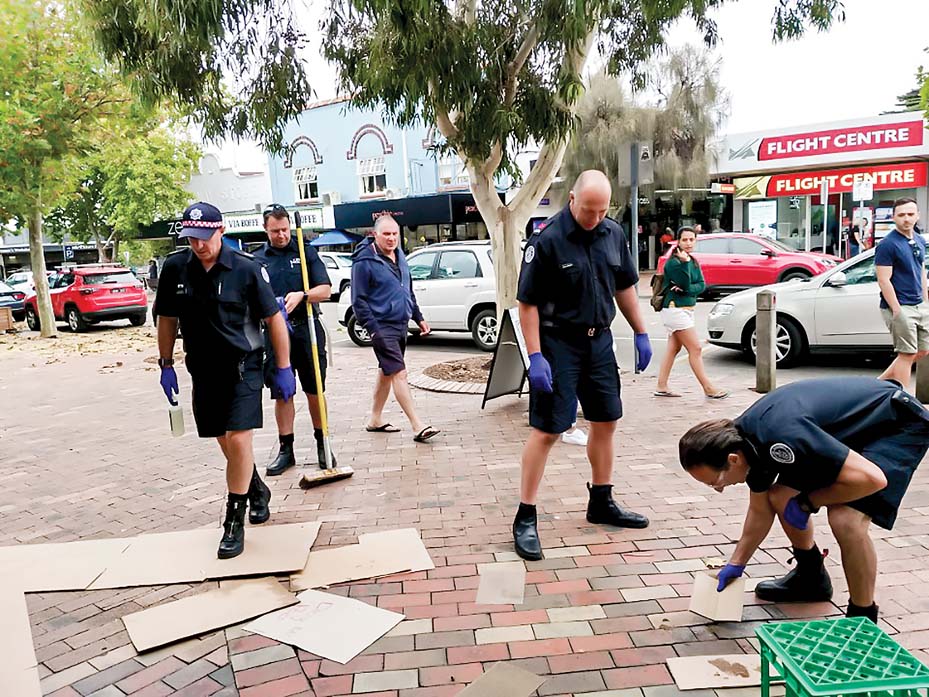 DIRTY dogs don’t come cheap if the mess caused by one large canine in Mornington is any example.

Empire Walk retailer Lindy Clark was so appalled by the large, smelly dump outside her shop that she covered it with cardboard before calling in the big guns, Saturday 9 March.

“The owner had simply let the dog do its business without making the slightest effort to clean up the almighty mess,” she said.

“We called VicRoads and the shire but they wouldn’t help,” she said.

“Then we called the Mornington CFA who sent down a crew of four big blokes with a high-pressure hose, hygiene equipment and gloves and they spent half an hour cleaning it up.”

“Our work crew of four was doing training drills and we stopped at the shop to help out,” he said.

“We cleaned up the mess and added some degrease and the job was done.”

Ms Clark said it was ironical that the walkway had recently been used by The Project TV show in a feature on the independent candidate for Flinders, Julia Banks.