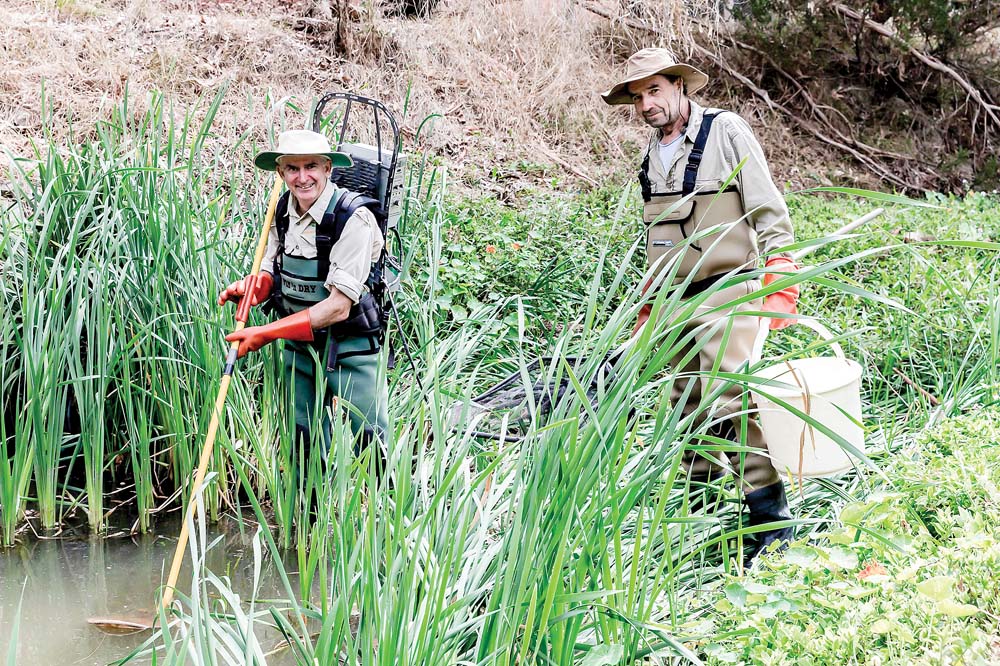 CONCERNS about erosion and the impact of silt on Tanti Creek have been allayed by a fish survey which found that none of the previously recorded species has been lost.

The survey, organised by Tanti Creek Friends and conducted by Streamline Research, followed fears that fish numbers and diversity had decreased “significantly” over the past two years.

The survey was conducted 5-6 March with samples taken during a dry period after several weeks without rain. It covered the entire length of Tanti Creek and involved setting bait traps and electrofishing, water quality data reviews, assessing the impacts of erosion and identifying fish barriers.

Tanti Creek Friends Coordinator Marty Lenard said it had been 20 years since a comprehensive survey had been undertaken “on the much-loved creek”.

He said anecdotal evidence of diminishing fish numbers was most likely due to limited “invitation” flows of water over recent spring migratory periods. All the recorded native species are migratory and need higher flows of water to get upstream from the bay past in-stream barriers, he said.

The not-so-good news is that a feral fish species – eastern gambusia – was found in the creek for the first time. The “feral” species was introduced into Australia in 1925 to control mosquitoes. The aggressive predators are prolific breeders have a high tolerance for poor water quality.

Mr Lenard said although there were minimal effective control options, the best approach was to maintain a healthy creek habitat allowing native species to remain resilient against the impacts of the introduced species.

He said residents could help by ensuring no alien fish are released into local waterways.

Streamline Research decided against taking samples from the headwaters of the creek – the light industrial/commercial area between Watts and the Mornington-Tyabb roads – because of water contamination coming from a stormwater pipe.

“Households and businesses must take all precautions to ensure polluted water does not enter our stormwater system,” Mr Lennard said.

“One bad pollution event can wipe out the entire fish population in a creek.”

The survey was funded by Beleura Private Hospital owner Australian Unity’s Healthcare Property Trust which has a 250 metre creek frontage – about 10 per cent of its total length. Also helping out were Ramsay Health Care (which runs the hospital) and Mornington Peninsula Shire Council.

The volunteer group Tanti Creek Friends holds working bees on the last Tuesday of each month.