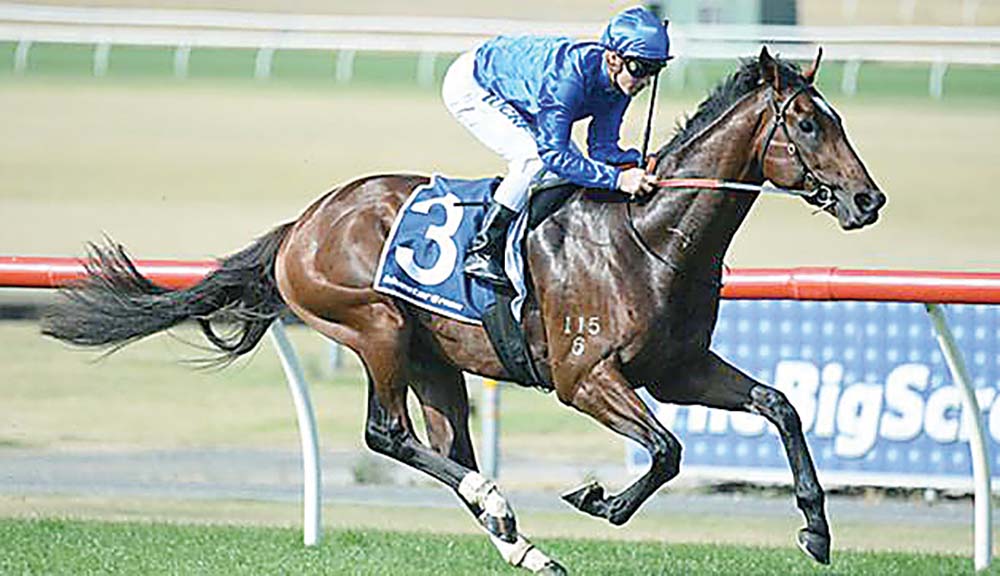 JUST one month after claiming the $1.5 million Group One Blue Diamond Stakes with Lyre, Pinecliff-based trainer Anthony Freedman has unveiled yet another two talented two-year-old’s.

Coming off a Mornington jump out on Wednesday 13 March, the Freedman-trained youngsters Chenier and Super Seth, who respectively finished first and second in their heat, have come out and scorched the track at their debuts.

Chenier, one of five Godolphin owned two-year-old’s that Freedman trains, was heavily supported on debut at Sandown the following Wednesday 20 March and duly saluted with a dominant five-and-half length win.

Super Seth then reinforced their potential with a bullish six length victory at Ballarat on Sunday 24 March.

Trainer Anthony Freedman was on hand at Chenier’s debut victory at Sandown and said his colt looks to have very good potential.

“He’s come very quickly to hand, he’s only had seven weeks’ work, normally you’d give them another trial (before racing) but he seems to have very good ability and great natural fitness,” Freedman said.

“This race came up a bit quick, but it fitted in well with what we’ve got in mind.”

Freedman was also suggesting that the colt could potentially be a Derby candidate in the Spring.

“It’s not unrealistic to think that,” he said.

“He’s a very, very promising horse so if he keeps going the right way, and his temperament suggests he will, then he could get to a good level.”

Chenier is bred to get over ground, by Medaglia d’Oro, out of Zabeel mare Zydeco, which Freedman also trained.

Super Seth’s victory at Ballarat was just as dominant and left Freedman’s racing manager, Brad Taylor, just as excited for the future.

“Chenier franked the form on Wednesday pretty impressively, and it’s good to see this guy do it as well,” he said.

“He’s still pretty green but it was nice to see him really flatten out and put them away nicely.”

The win provided Freedman with his seventh two-year-old winner from his 14 starters this season. It also continued the stables successful run for racehorse owner and breeder, Jonathan Munz.

“We’re thankful for Jonathon for providing us with these lovely horses,” Taylor said. “We’ve got a number of nice horses for him and it’s good to get this result for him.”