Penguins will return to their island home 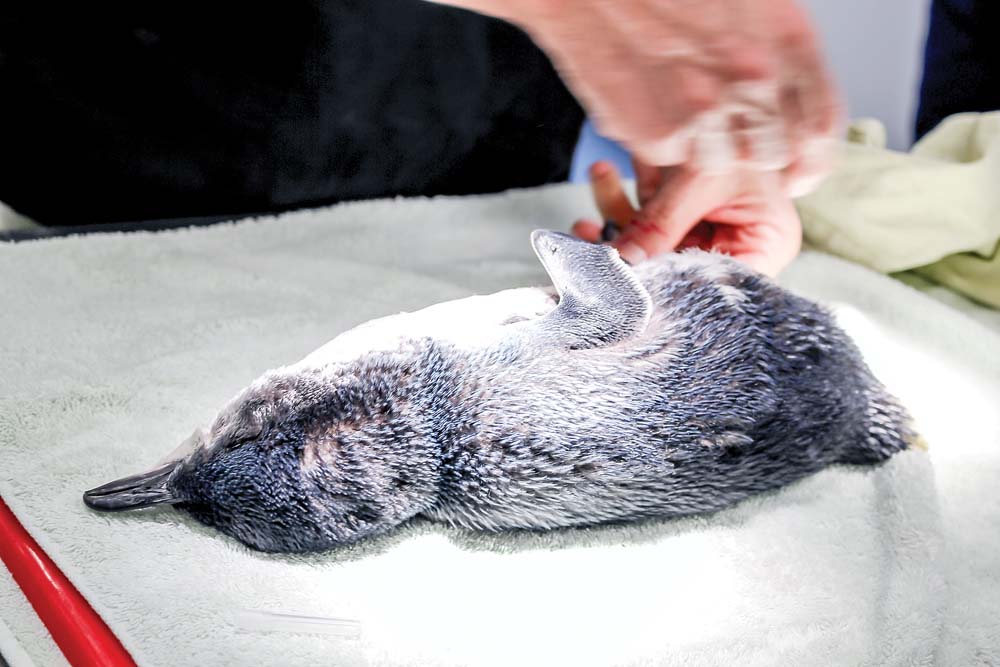 TWO Phillip Island penguins are receiving the care and attention of experts before being released back into the wild after spending a couple of weeks at a house in Melbourne’s northern suburbs. Picture: Supplied
Share
Facebook Twitter LinkedIn Pinterest Email

TWO little penguins are having a short stay at Melbourne Zoo before being returned to their Phillip Island home.

The two birds were collected from a Greenvale house north of Melbourne Department of Environment, Land, Water and Planning (DELWP) officers.

“The Greenvale man alleged he rescued the penguins from Phillip Island because he believed they were sick,” DELWP wildlife officer Abby Smith said.

Ms Smith said the penguins were “significantly underweight” and vets believed they had not been fed adequately for the two weeks.

“The birds are making good progress and are eating well, swimming and preening normally. However, the penguins are not yet strong enough to return to the wild,” Ms Smith said.

After the zoo the penguins will be taken to the Phillip Island Nature Parks to complete their rehabilitation.

Ms Smith said an investigation was underway into the circumstances surrounding the penguins being allegedly being taken from the wild.

However, the recovery of the penguins prompted DELWP to issue a reminder that injured wildlife should be reported to authorities.

“The Greenvale man alleged he rescued the penguins from Phillip Island because he believed they were sick.

“It is exciting to see a penguin out in the wild, but important to remember they are wild animals and can not be taken from the wild.”

The coordinator of the marine response unit Mark Keenan said the penguins were found to be underweight, but otherwise alert and active.

“Once they receive the all-clear, the penguins will be released back into their natural habitat at Phillip Island.”

In Victoria all wildlife is protected under the Wildlife Act 1975. It is illegal to destroy or interfere with wildlife and severe penalties apply.

Anyone concerned about the welfare of a penguin can call the zoo’s marine response unit on 1300 245 678.