Pitching in to save peninsula’s koalas 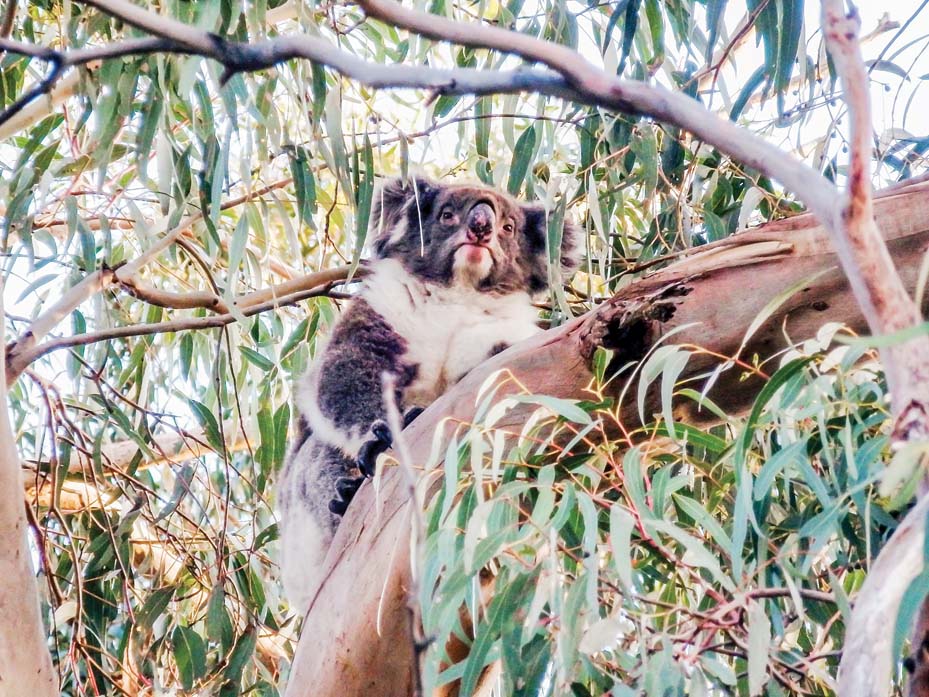 ROSEBUD resident Dirk Jansen was pleased with the success of his Koala Day event in Boneo, Saturday 4 May.

“We had a great day at the property in Kinwendy Road which is owned by Rob Nigro, a Southwest landcare member,” he said. “There were 18 of us and the mood overall was that the situation for koalas is dire.” (“Day to highlight plight of koalas” The News, 30/4/19).

“There is a lot of motivation and interest to address this situation,” he said.

“What was unexpected was the great response from the community via email, phone and Facebook. A lot of people are interested in learning how to get involved.”

Mr Jansen described the koala as the orangutan of Australia with the same urgent action required to save it.

“There was strong support to form an official Landcare group and to seek funding for a bio-link project focused on protecting and restoring key koala habitat,” she said.

They aim to encourage and assist landholders to protect and grow existing vegetation and highlight how everyone can better protect the peninsula’s koala population.

“Our small population of koalas is in trouble,” Mr Jansen said. “A main reason is habitat loss, due to past and current land clearing. We have only 18 per cent of remnant indigenous vegetation left on the peninsula. Koalas rely solely on leaf from eucalypts to feed and they need to feed constantly due to their slow metabolic rate.

“Koalas need to travel large distances to source food and find mates. On the peninsula, patches of remnant vegetation are not connected well enough for them to move safely across the landscape without risking getting hit by vehicles or dog attack.”

He said a 2016 study by Deakin University found 69 per cent of koala habitat was on private property and koalas were not thriving on the Mornington Peninsula with no record of breeding.

There are lots property owners can do, Mr Jansen said, such as preserving old indigenous trees and limiting the amount of fertiliser used near them; controlling weeds such as ivy, karamu and pittosporum which can kill old trees; not planting southern mahogany (Eucalyptus botryoides) and remove existing plants as they can hybridise with manna gums and may not be palatable to koalas.

Also, dogs should be kept on leads when out walking and people should be aware of koalas when driving, especially at night.